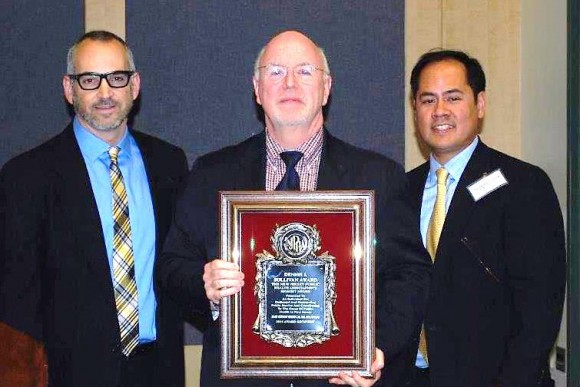 Mark Robson (CC’77; GSNB’79, ’88; SPH’95), professor in the Department of Plant Biology and Pathology and dean of Agricultural and Urban Programs, received the Sullivan Award from the New Jersey Public Health Association (NJPHA). The highest award by NJPHA, the Sullivan award is presented  to an individual for dedicated and outstanding public service and contributing to the cause of public health in New Jersey.  It was established in 1976 and named after Dennis J. Sullivan, a health officer who dedicated his life to improving the public health of New Jersey. Robson received the award at the annual New Jersey Public Health Association meeting held on October 17 on the Rutgers Busch Campus in Piscataway, NJ.