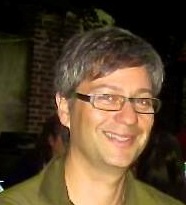 Enrique Curchitser, associate professor of physical oceanography and modeling in the Department of Environmental Sciences, has been appointed United States Academic Delegate to the North Pacific Marine Science Organization (PICES).  He is the first person from Rutgers, and the first faculty member of any academic institution on the East Coast, to hold this position.

This appointment, made on June 3 by the Department of State, expressly authorizes the U.S. Academic Delegate “to carry out the Secretary’s functions relating to oceans, environmental, scientific, fisheries, wildlife, and conservation affairs.”

Curchitser recently sat down with SEBS/NJAES Newsroom to discuss his appointment as the U.S. Academic Delegate to PICES.

What is PICES and its role?
The North Pacific Marine Science Organization has an interesting history. Nicknamed PICES for Pacific ICES – International Consortium for the Exploration of the Seas, the organization began in 1992. It’s an international, inter-governmental organization established in 1992 to promote and coordinate marine scientific research and scientific information, and data exchange among its members. Its role is to advance scientific knowledge of the temperate and sub-Arctic region of the North Pacific Ocean and its adjacent seas, especially northward from 30°N. 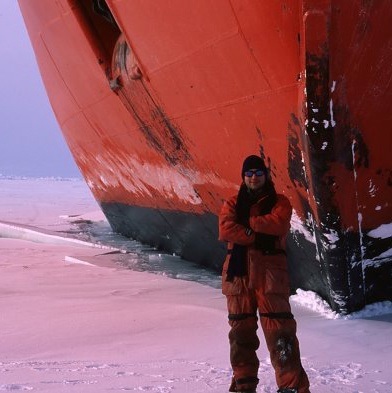 Enrique Curchitser on an 2003 expedition on the Ross Sea in the Southern Ocean of Antarctica.

What member countries make up PICES?
The contracting parties of PICES include Canada, Japan, the Peoples’ Republic of China, the Republic of Korea, the Russian Federation and the United States of America. General directions, priority setting and major decisions at PICES are made by a Governing Council composed of national delegates representing each contracting party.

Is there an equivalent organization to PICES in the Atlantic?
Yes, there is ICES (International Consortium for the Exploration of the Seas), which more specifically gives advice on fisheries-related questions. I am somewhat involved with ICES, although I am not sure if the U.S. State Department is, as well. PICES started as a Pacific-ICES and the two organizations do collaborate, at times.

What does the U.S. Academic Delegate do? What is involved?
There are two U.S. delegates to the Governing Council.  One is a federal employee, usually somebody from the National Oceanic and Atmospheric Administration (NOAA), and one representing the academic community. The two delegates confer and consult with the U.S. State Department representative before voting on the U.S. position on various matters. As the academic delegate, I am also coordinating the efforts of the U.S. delegation. That means making sure U.S. representatives are appointed to all the working groups and committees of PICES. I also wrote the grant request to NSF, which funds travel for the U.S delegation. The delegation is formed out of all working group and committee members.

Have there been other Rutgers delegates or are you the only one?
No, since the inception of PICES in 1992, the position has been held by a faculty member at Oregon State University. So, my appointment is not only a first at Rutgers, but it’s also a first for the East Coast.

What are your thoughts about being appointed the U.S. Academic Delegate? How long is the appointment?
I’ve been participating in PICES activities for several years. I am happy to have been appointed to a leadership role and help the organization remain relevant to the scientific community in the future. The appointment is indefinite and is entirely at the discretion of the Secretary of State.

Is your appointment largely symbolic or is there real substance?
There is very real substance to the position of U.S. Academic Delegate. There are policy votes all the time for which the delegation members need to be prepared. Part of the responsibility of being the Academic Delegate is to advise the U.S. State Department. In addition, the appointee helps to steer the scientific direction for the organization, as well as help handle the budgetary and funding for travel by the delegation.

What’s the focus of your research and its relevance to your appointment as U.S. Academic Delegate?
Research has shown that increased ocean temperatures and sea level rise will impact ecosystems, especially in coastal regions. I’m an oceanographer that focuses on the intersection of climate and ecosystems. Through the development and use of numerical models, I investigate and evaluate how climate affects coastal regions and, in turn, the ecosystem’s response.