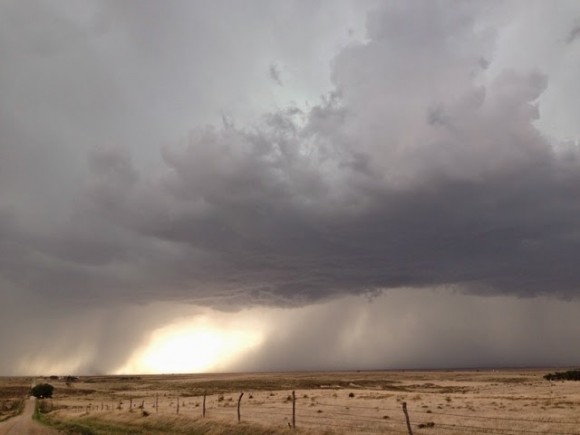 Is it the thrill of the chase or the chance to witness the development of storm cells that lures students to SEBS meteorology professor Steve Decker’s storm chasing class? The two-week, “Severe Weather Forecasting Field Trip,” allows students to predict, observe and analyze storms to better understand the dynamics and thermodynamics that lead to some of the most beautiful yet complex atmospheric circulations on Earth.

The summer class, which been offered since 2012, involves driving across the country during the height of the storm season to the nation’s infamous “Tornado Alley,” the core of which is considered to be located in northern Texas, Oklahoma, Kansas and Nebraska.

Follow the 2014 group of meteorology majors who began their excursion on May 28 as they blog their way across the U.S., throwing in some stops for good eats along the way. The bloggers are recent graduates Matt DeLucia (SEBS ’14) and Michael J. Lee (SEBS ’14) and senior Joe Slezak (SEBS ’15). They’ll also be tweeting with the Twitter hashtag #RUChasing.

Stormchaser DeLucia sums up his opportunity to participate in stormchasing. “It’s one thing to learn about the concepts and physics behind the formation of severe weather. But it’s totally different to actually see the physics and math come to life in a matter of seconds, right in front of you!”