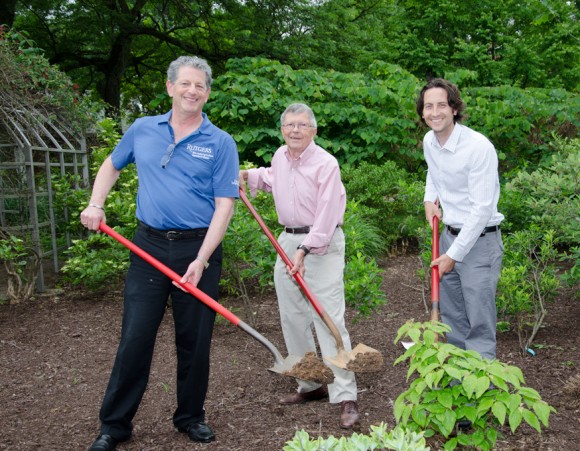 On June 10, a Red Pygmy® dogwood tree was planted in the Foran Conservation Garden on the George H. Cook Campus to commemorate 100 years since the signing of the Smith Lever Act and the creation of Cooperative Extension in 1914. 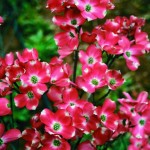 It is a rare tree planting ceremony where the actual breeder of the tree is present. Rutgers Professor Emeritus of Plant Biology and Pathology Elwin Orton, who bred the dogwood variety used in the planting was on hand to participate in the ceremony. Orton, who has enabled dogwoods to thrive in the U.S. by developing new strains of hardy, disease- and pest-resistant hybrid dogwoods, introduced the Red Pygmy® as a rare dwarf red dogwood tree. Orton described for attendees the features of the dwarf dogwood and how its diminutive stature will complement the garden plantings. Bearing deep pink-red flowers in late April into May, this tree will offer color throughout the year with dark green foliage during the summer, turning to shades of orange and brown coupled with attractive bright red fruit in the fall.

Following his brief remarks, Orton introduced his successor, Rutgers breeder and assistant professor in the Department of Plant Biology and Pathology Tom Molnar, who is breeding varieties of disease resistant hazelnut trees. Katz, Orton and Molnar performed the ceremonial tree planting of the Red Pygmy® dogwood. A plaque reading “Celebrating 100 years of Rutgers Cooperative Extension” and the name of the dogwood variety marked the spot. 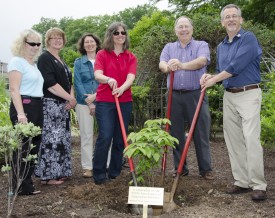 The Foran Conservation Garden, which is located between Foran Hall and the Cook/Douglass Lecture Hall, includes native plants while the surrounding courtyard contains rain gardens that serve to recharge rainwater to underground aquifers.