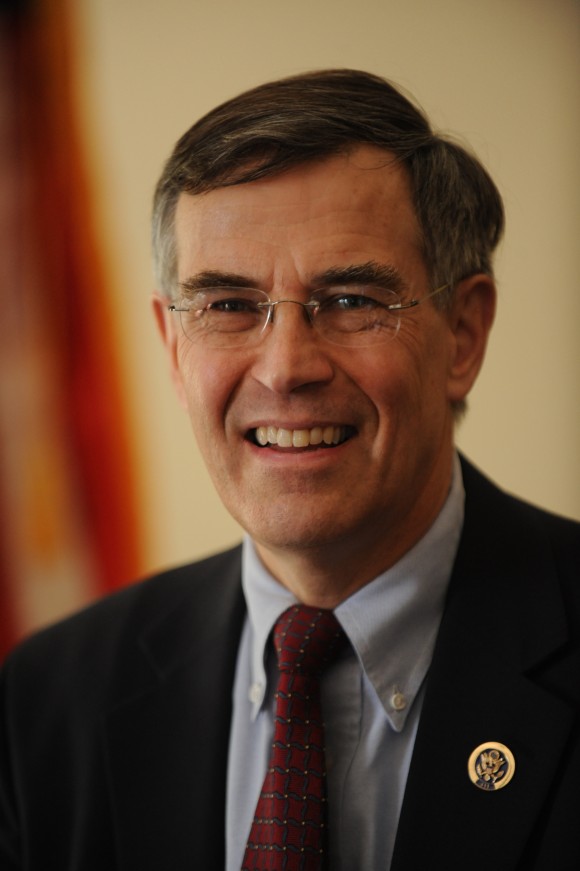 Rush Holt, Jr., U.S. Representative for New Jersey’s 12th congressional district will speak to the Class of 2014 during the Convocation for the Rutgers School of Environmental and Biological Sciences on May 19.

Holt served as Assistant Director of the Princeton Plasma Physics Laboratory, the largest research facility of Princeton University and the largest center for research in alternative energy in New Jersey from 1989 to 1998, before running for Congress.

For almost a decade before that, the Congressman was a professor at Swarthmore College in Pennsylvania, teaching physics, public policy and religion courses from 1980 to 1988.

A teacher and a scientist, Congressman Holt is no stranger to Rutgers University. In fact, his appearance at the school’s Convocation on May 19 marks a return visit to the George H. Cook Campus to connect specifically with the students. In November 2011, he spent a evening with Rutgers students at the Cook Campus Center, sharing his experiences as a scientist in Congress.

Cook Campus Dean for Undergraduate Education, Barbara Turpin, a distinguished professor in the Department of Environmental Sciences, initiated the event, “An Evening with Congressman Holt,” which gained sponsorship from several student and academic units across the New Brunswick campus. The Congressman’s visit was a major coup for Turpin as it was her first major student activity in her first year as Cook Campus Dean. She remembers this being an important moment, not only for her, but also for Rutgers students.

“The Congressman speaks convincingly about the importance of science literacy to a functioning democracy. I feel his visit inspired our majors to engage in civic life and to take advantage of teachable moments to share science with others,” says Turpin. 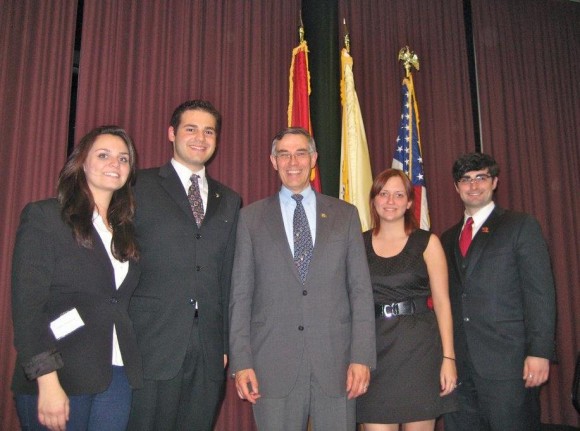 To Turpin, the Congressman’s visit, during which students and the Congressman had an engaging conversation about science and his tenure in Congress, brought great value and relevance to the students’ campus experience. “Using open events like Congressman Holt’s visit, we engage our students and alumni in our land-grant mission of bringing research-based knowledge to public use and benefit,” she adds.

Among the sponsors of the Congressman’s campus visit was the SEBS Governing Council, whose president from 2012 to 2014, Peter Canavan, was just a sophomore at SEBS during the fall of 2011. Canavan explains that the student body strongly supported the Congressman’s presence on campus because of his record on the environment and his strong advocacy for science.

“I’ve been jealous I never was able to have a green bumper sticker with ‘My Congressman IS a Rocket Scientist.’ Rep. Rush Holt is an excellent example for students coming from the science field,” says Canavan.

He reacted to Congressman Holt’s decision to not seek reelection when his current term ends in January 2015. “As one of only two physicists in Congress, his departure is sad.”

He’s has been recognized with multiple awards, including Biotech Legislator of the Year and the Science Coalition’s Champion of Science award. He was also named one of the 50 national “visionaries” contributing to “a brighter technological future” by the magazine Scientific American.