George H. Cook Scholars for 2014 are pictured at a dinner following a day of theses presentation at the Cook Campus Center.

Named for George H. Cook, who was a driving force behind the designation of Rutgers as the land-grant institution in New Jersey and for whom the campus is named, this program involves seniors participating in a yearlong honors independent study project that they have defended publicly before their faculty committee and the George H. Cook Honors Committee. 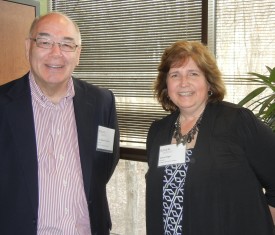 The SEBS/NJAES Newsroom recently sat down with George H. Cook Scholars Program Director Malcolm Watford, professor in the Department of Nutritional Sciences, and invited him to share his thoughts on the program since he became director.

“I took over the reins for the George H. Cook program in 2011 when the number of students was 25-30. The vision was to increase participation of our upperclassmen and to reinvigorate the program by raising its awareness in the school and university.”

“Over the past three years, we have reformulated the George H. Cook faculty committee and they have worked hard to develop both traditional and novel components of the program. For example, we have re-instated a brief public pre-proposal presentation in September. This has allowed the students to focus early on what their project is and how to present it to a general audience. In addition, these early presentations have allowed the faculty committee to identify problems early on with some projects and also to offer constructive criticisms to improve much of the work, in some instances by volunteering to assist students with specialized analytical procedures.”

“Another novel addition to the George H. Cook Honor Program is unveiling a series of informal evening workshops during the spring semester. Important topics, such as “Reading the literature,” “Writing a thesis,” “Dealing with human subjects and experimental animals,” and “Giving a PowerPoint presentation,” are open to all George H. Cook scholars—both incoming juniors and graduating seniors.”

“The highlight of the George H. Cook program is the final presentation day where the students give a public presentation of their data and submit their completed thesis.” 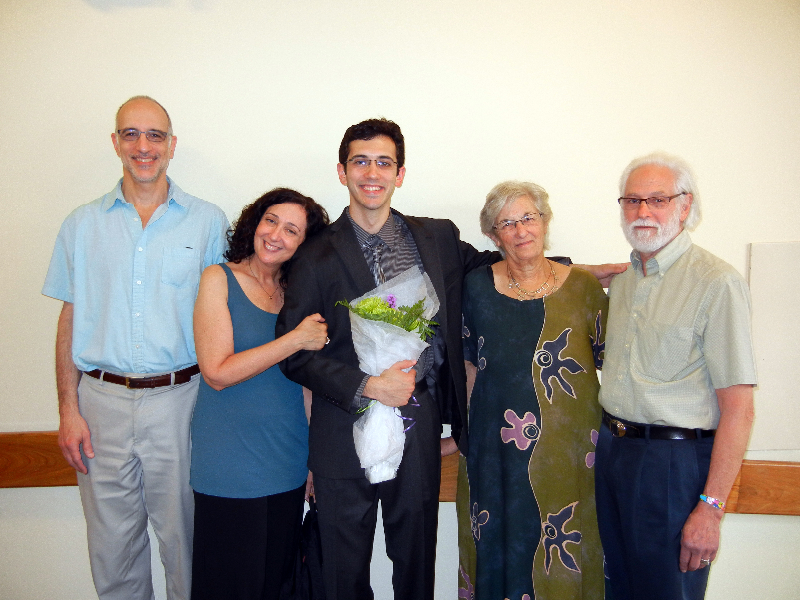 “Since 2013, we have followed the final presentations with a dinner for the students, their parents and their project advisors. This year, 30 students attended the dinner along with four visiting Brazilian scholars who also made their research presentations earlier in the day. The students from Brazil are part of a longstanding exchange between Rutgers and the University of Sao Paulo.”

“Notably, over the past few years we have tried to expand the program to include all SEBS-related disciplines. This year was the first time we had a complete session of six presentations related to Landscape Architecture.”

“The increased visibility and success of the program owes much to the work of the faculty committee and much more to the hard work of our Administrative Assistant Janice Geiger, without whom there would be no program.”