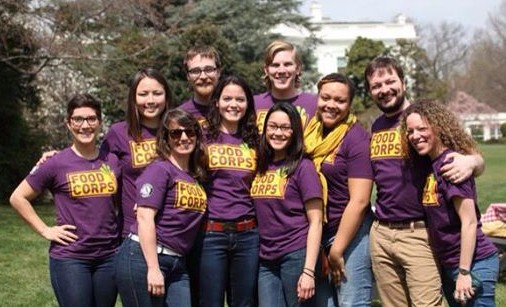 FoodCorps is hosted in New Jersey by the Department of Family and Community Health Sciences (FCHS) at Rutgers Cooperative Extension and the New Jersey Farm to School Network, and is part of the AmeriCorps Service Network. This nationwide program is dedicated to teaching children about healthy food, how it grows, and where it comes from, and ensuring they have access to these foods every day. Serving under the direction of state and community partners, FoodCorps members across the country dedicate a year of public service to help children grow up in healthy school food environments.

FoodCorps expanded into New Jersey in September of 2013 and added a network of eight service sites delivering Farm to School programming to high-need communities to combat childhood obesity.

In 2009, the First Lady planted a vegetable garden on the South Lawn to initiate a national conversation around the health and wellbeing of our nation—a conversation that evolved into Mrs. Obama’s Let’s Move! initiative. Since the launch of Let’s Move! in 2010, parents, business leaders, educators, elected officials, military leaders, chefs, physicians, athletes, childcare providers, community and faith leaders, and even kids themselves have stepped up to promote the health of our nation’s children.

Sarah Dixon, fellow for New Jersey FoodCorps, explained the process of being selected for the honor of planting at the White House. “Service members were selected for the White House garden planting based on a combination of ability to travel, FoodCorps national representation (New Jersey  is a brand new FoodCorps state), and “word on the street” about who our standout service members are.”

FoodCorps service members are in 400 schools around the country connecting kids to real food by primarily getting them engaged in the garden, adds Dixon. “The First Lady and her Let’s Move initiative value the impact that this service is having and honored our service members and our program by inviting us to help plant the White House kitchen garden.” 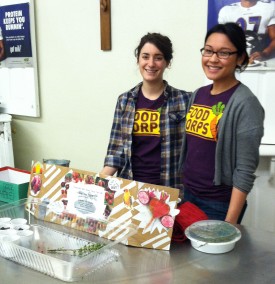 Some of Sangalang’s service activities include finding soil donations for school gardens, teaching kids about protein through making hummus and learning about chickpeas and holding cafeteria taste tests with local produce to find new, local, favorite foods like sweet potatoes and beets.

Feehan, a journalism graduate from Rutgers who also cooperates with Rutgers Food Innovation Center in Bordentown, NJ, on its Farm to School grants, values the partnership with Rutgers. “Co-hosting FoodCorps with Rutgers Cooperative Extension is a fantastic collaboration between New Jersey’s land grant institution, rooted in agriculture and nutrition education, and our grass roots non-profit organization working on behalf of the residents of the Garden State.”