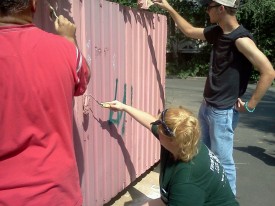 New Jersey 4-Hers and leader painting over graffiti at an orphanage in Russia.

During the months of June and July this year, the 4-H Teen Russian/American International Leadership (T.R.A.I.L.) program conducted an exchange where New Jersey 4-H youth traveled to the city of St. Petersburg as well as the city of Petrozavodsk, located in the northwestern region of Karelia, Russia, for a two week home-stay with a fledgling 4-H group of teens. While in Russia, the New Jersey 4-Hers assisted in the painting of the grounds of the only orphanage in the region of Karelia and learned about the culture and history of the area.

The New Jersey teens, in turn, hosted their Russian counterparts the following two weeks in the Garden State. While in New Jersey, the Russian youth toured Rutgers, learned about careers in agriculture and visited such sights as the Statue of Liberty and the Liberty Bell and took a trip on the Delaware River. During the Russian teens’ U.S. visit, the New Jersey 4-Hers learned of the demise of independent farmers in the Karelia region of Russia and they made a gift of an incubator to the Russian youth so that it can be used to teach other youths about hatching baby chicks. The biannual exchange program is facilitated by Alayne Torretta, 4-H agent for Warren County. The 4-H T.R.A.I.L. program began in 2003 as a youth/adult partnership through Rutgers Cooperative Extension. 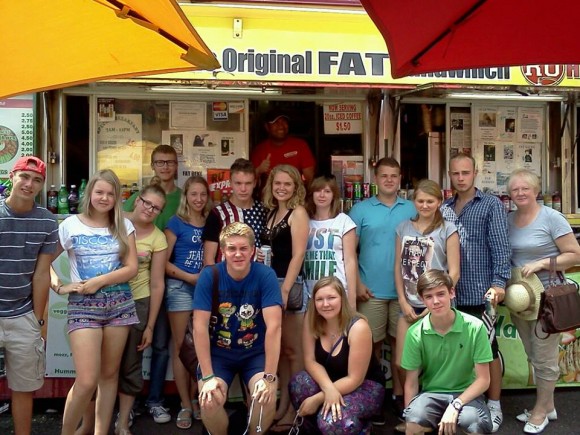