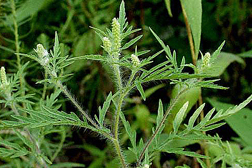 This year, we’re seeing what we term the allergy season come in stronger due to weather and linked, more and more, to climate change.

Allergy sufferers may have wondered why their seasonal allergy symptoms seem to start earlier and last longer into the spring, and even dragged out to the summer. Those sufferers afflicted by pollen from trees starting in May this year can take heart that they weren’t just imagining that they are suffering longer and more severely, especially since the tree allergy season clearly overlapped with higher concentrations of grass and even weed pollen. The grass pollen release has lasted longer and is even projected to recur in September when a second grass pollen season during “Indian summer” is common.

A long-term study, led by a Rutgers University clinician and scientist, has been reporting pollen counts for the past 25 years and has been studying the impact of climate change in New Jersey and the continental United States. In New Jersey, the tree season has been creeping in length about a half day for the past 20 years. In addition, a recent report issued as part of the long-term study, revealed seasonal warming and a longer ragweed season in some parts of central North America.

Leonard Bielory, M.D., a board certified specialist in allergy and immunology with the Rutgers University Robert Wood Johnson University Hospital and Department of Environmental Sciences at the School of Environmental and Biological Sciences in New Brunswick, New Jersey has been leading multiple studies as part of his federal research funding to examine the impact of “Climate Change on Allergic Airway Disease.”

The impact of the study for the allergy sufferers in New Jersey is that there are changes in the onset and length of the tree pollen allergy season. In addition, he has recorded changes in grass and weeds. This does not include ragweed season that is expected to begin in the next two to three weeks. “We normally see ragweed pollinate at the end of August, but can expect it around August 10-15 this year and earlier if we have a dry spell,” says Bielory.

“Climate change appears to be associated with early pollen seasons that last longer causing more people to suffer from pollen induced allergies,” explains Bielory. “It is also associated with different species of pollen coming out at the same time- affecting more people and increasing their impact of their quality of life.” This year has been extremely hard with the tree pollen counts recorded in April this year were the highest in the past 25 years.

The findings, reported at this year’s annual meeting of the American Academy of Allergy, Asthma and Immunology in San Antonio, Texas, in February, revealed that tree pollination started earlier and lasted several days longer than it did in 1995, and appears to be linked to shifts in climate at the higher latitudes.

According to Bielory, the Intergovernmental Panel on Climate Change projections has suggested that climate change reflects a variety of atmospheric changes “not just global warming in some areas, but cooling in others, and thus will cause early pollination in some areas as demonstrated by the linking of “warming” (increased temperatures) as a function of latitude.”

Bielory is principal investigator on a long-term U.S. Environmental Protection Agency grant to study the potential impact of such changes on human population and what to expect over the course of the next 50 years. Preliminary reports suggest that allergies will likely become an increasing problem that “will not only affect our children, but our grandchildren” for the next two to three generations.

“The increased exposure to allergens may also increase the propensity to develop more serious respiratory problems such as asthma and bronchitis,” cautioned Bielory.

“Regretfully the changes that we are seeing with weather patterns set the stage for an increasing number of patients with allergies and those with asthma already will note increasing symptoms that may lead to increase hospital and emergency room admissions,” added Bielory.

“Patients should seek the advice of their allergist or primary care physician on how to take a more active and preventive role in the care of their allergies and asthma, for the foreseeable future,” said Bielory.

You can monitor the pollen count in our area by going to ww.wNYNJPollen.com or by using the iPollenCount app on iTunes. You can reach by Bielory at Bielory@Rutgers.edu.