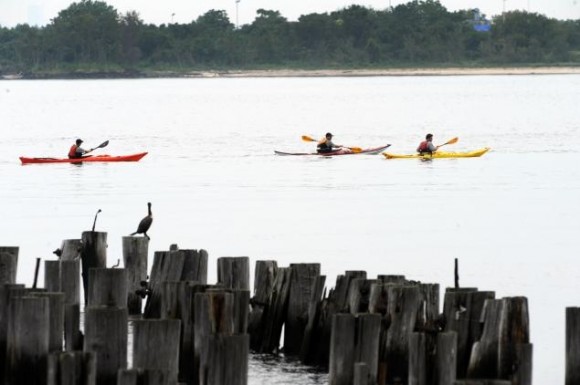 The natural marshes and dunes of Jamaica Bay, which proved resilient in Hurricane Sandy, will be studied by the Science and Resilience Institute. Photo Credit: Debbie Egan-Chin/New York Daily News

A consortium administratively headed by the City University of New York, and including Rutgers Institute of Marine and Coastal Sciences, will guide a new Science and Resilience Institute that will manage 10,000 acres of federal and city-owned parks in and around Jamaica Bay, NY. The Rutgers participants include professors Steven Handel, Richard Lutz, Joanna Burger, Robert Chant, senior staff Michael DeLuca and Christina Kaunzinger, and others to be named as research goals continue to be defined.

The announcement was made on Aug. 12 by Secretary of the Interior Sally Jewell, Secretary for Housing and Urban Development Shaun Donovan, New York City Mayor Michael R. Bloomberg and National Park Service Director Jonathan B. Jarvis. The institute, which came out of a cooperative agreement between the National Park Service and the City of New York, will serve as a top-tier research center to promote the understanding of resilience in the urban ecosystem and adjacent communities. It will integrate research efforts from across the natural and social sciences, host visiting scientists as well as provide lab facilities for students and researchers.

According to an announcement by the City of New York, the institute will “develop a framework and programs in partnership with academic institutions, non-profits, the community and the many other entities and public agencies actively engaged in research in and around Jamaica Bay including NYC Parks, the National Park Service, the New York City Department of Environmental Protection and the US Army Corps of Engineers.” Other partners in the consortium include several area universities as well as key local institutions, like Columbia University’s Earth Institute and its Lamont-Doherty Earth Observatory, Cornell University, NASA Goddard Institute for Space Studies, New York Sea Grant, Stevens Institute of Technology, Stony Brook University, and the Wildlife Conservation Society. Read more here.