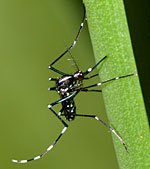 Every year, during the third week of June, mosquito control awareness gains nationwide focus as the American Mosquito Control Association (AMCA) sponsors National Mosquito Control Awareness Week to focus the public’s attention on the work of suppressing mosquito and other vector-transmitted diseases.

This national campaign focuses the spotlight on mosquito control and the role of the AMCA, but what may be less well-known is the pioneering role of Rutgers in the formation of the AMCA and its predecessor organizations, and the university’s role in the development of mosquito control in the U.S. 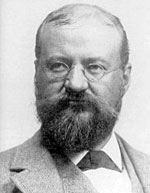 The AMCA originated in 1935 in New Jersey at Rutgers’ J. B. Smith Hall. The university and the New Jersey Agricultural Experiment Station (NJAES) have been at the forefront of mosquito control efforts since the pioneering days of J. B. Smith over a hundred years ago.

Professional mosquito control in New Jersey is highly organized and complex, with various interacting entities and commissions, including the New Jersey Mosquito Control Association (NJMCA). The role of NJAES in mosquito control began in 1906 when the New Jersey Health Statutes directed the experiment station to “investigate the mosquito life history, habits and control, as will furnish information necessary to successful mosquito extermination by any agency within the state,” and “distribute among the people of the state, information concerning the nature and results of mosquito extermination.”

Rutgers’ role was directed through its Mosquito Research and Control Unit within the Department of Entomology, which conducted mosquito and mosquito-borne disease surveillance, among other research. In 2007, this unit was reshaped and renamed the Center for Vector Biology (CVB), and like its predecessor, continues to partner with New Jersey counties and state government, including the departments of Agriculture, Environmental Protection, and Health and Senior Services. 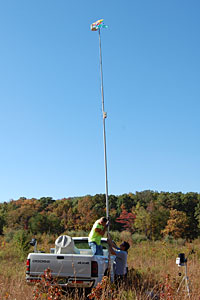 The Center for Vector Biology continues to provide research and information for the residents of New Jersey about insects and the diseases they carry and transmit. It interprets and disseminates data collected by county agencies for surveillance of mosquito vectors and their infection rates for eastern equine encephalitis and West Nile viruses. Regional population trends for mosquitoes are also reported on a weekly basis.

As residents enjoy backyard barbecues and the Jersey shore in the summer, it’s hard to believe that, not too many decades ago, such recreational activities were severely hampered, if not impossible, because of the mosquito menace. Working closely with the county mosquito extermination commissions, who perform the vast majority of the applied suppression services for state residents, Rutgers researchers helped develop a number of tools and integrated mosquito management methodologies. These include the development of the New Jersey light trap, insect repellents such as 6-12, insecticide recommendations for mosquito control professionals, arboviral surveillance protocols, and other practices to help in the fight to eradicate mosquito breeding grounds and reduce the threat of disease transmission.

Educational training programs conducted by the center for county stakeholders include constructing a risk assessment model to forecast West Nile virus activity in New Jersey to document the relationship of temperature, rainfall, number of positive arbovirus isolations, and other factors to the risk of an epidemic in humans. Classes on mosquito biology, control, and identification are offered to regional stakeholders, with certification in mosquito identification and habitat recognition. In a joint effort between Rutgers, the State Mosquito Control Commission, and the NJMCA, certifications in other areas are being explored for mosquito control professionals.

Additional initiatives at the center include investigating the possibility of using house sparrows as sentinels for West Nile virus activity, exploring genetic methods of mosquito control, and contributing to the development of new mosquito adulticides and larvicides.

You can find out more on the Rutgers NJAES Center for Vector Biology, including a detailed history and available reports, by visiting the center’s website. Residents can learn how to reduce mosquito breeding habitats around their home by watching Simple Steps to Keep Mosquitoes from Breeding in Your Yard.