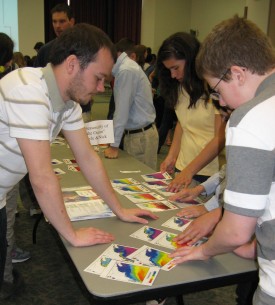 For three packed days in April, over 400 students from public, private, and informal science education programs across New Jersey came to the Cook Campus Center in New Brunswick for “Rutgers Ocean Days,” an annual event celebrating the ocean as well as the scientific accomplishments of the students from grades 3-12.

The goal of this annual event was to excite and engage students in ocean science through a range of hands-on activities focused on current marine science research conducted by Rutgers oceanographers. Activities included learning about fish, exploring a glider and testing ocean water and were facilitated by several faculty, staff and students drawn from the marine science program at the university.

According to Kristin Hunter-Thomson of the Rutgers Institute of Marine and Coastal Sciences, which hosted the event, “it encourages students to develop questions and participate in an inquiry-based scientific experiment or research project in their classrooms that builds upon their ocean knowledge.” 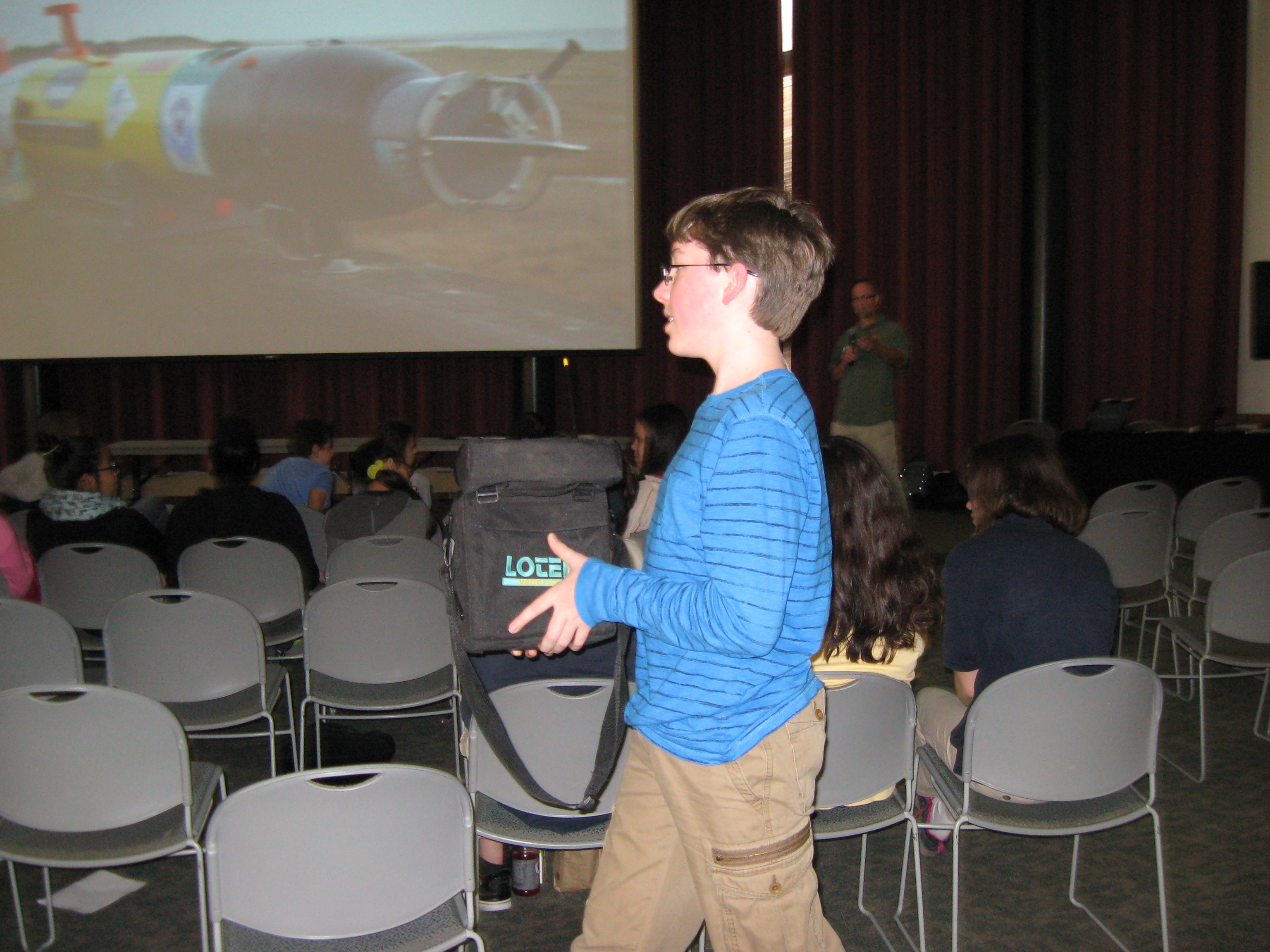 A student walks around the room trying to find hidden fish tag of Prof. Thomas Grothues, one of Rutgers marine scientists who track fish movements in New Jersey’s coastal estuaries.

In groups of five, the students were asked to come up with a research question to investigate either through a research project or a scientific experiment that related to the daily topic. They then completed their investigations and prepared either a poster or film to summarize their findings.

“Through their investigations, students become actively engaged in ocean science and then act as science communicators and peer educators when they present their results at the end of the day,” added Hunter-Thomson.

Rutgers Ocean Days is sponsored by East Coast MARE (Marine Activities, Resources and Education) and the Rutgers Institute of Marine and Coastal Sciences, and funded by the Geraldine R. Dodge Foundation.