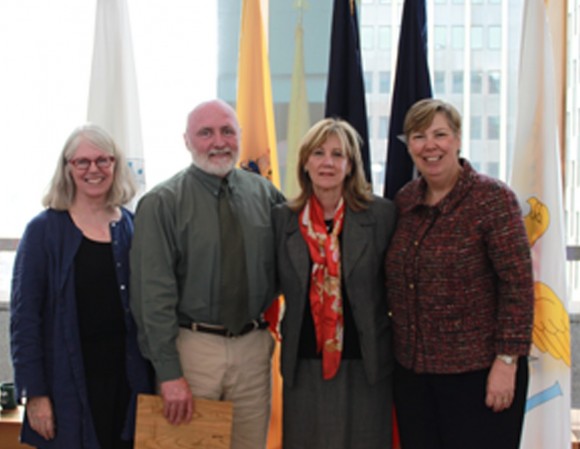 In his over thirty years of working with the New Jersey Department of Environmental Protection, and the School of Environmental and Biological Sciences, Frank Gallagher has explored the connection between people and landscape through both land management and academic research. He’s long protected the parks and forestry in New Jersey, with his shining accomplishment being the ecological planning for the 250-acre Natural Restoration of Liberty State Park. The park, which sits on a former chromium site, has been transformed into a vibrant wetlands natural area and is now one of New Jersey’s most visited parks.

For his “significant contributions to improving the environment and public health in the previous calendar year,” Gallagher was honored with a 2013 US EPA Environmental Quality Award, the highest recognition presented to the public by the agency.

Gallagher is an instructor in the Environmental Planning Program within the Department of Landscape Architecture, and has lectured at Rutgers since 1994. He teaches, guides research projects and mentors graduate students in the department in the areas of urban brownfield redevelopment and environmental policy. 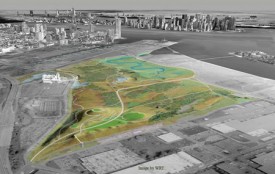 He’s long been involved in efforts to sustain and preserve the environment, chairing the committee that created General Management Plans for fifteen of New Jersey State Parks. His most sustained focus though, has been on Liberty State Park, the “People’s Park,” as he calls it. There, he established research collaborations in urban ecologies with local universities, among them Upsala College, where for 10 years he taught courses in biology, evolution and environmental science. In addition to lecturing at Rutgers, he also serves as a research associate at Montclair State University.

“These collaborations have resulted in about a dozen scientific papers on the ecology of the novel plant and animal communities of this urban park,” he said.

Over the course of his long and illustrious career, Gallagher held the positions of Chief of Interpretive Services, Administrator for the office of the Director and Assistant Director of the New Jersey Division of Parks and Forestry, overseeing several ecological restoration initiatives in both estuarine and freshwater wetland environments.

Gallagher has published extensively in both scientific journals and venues of general interest on topics ranging from phytostabilization of contaminated soils to the ethics of ecosystem function monetization. He has presented hundreds of lectures at conferences and meetings both nationally and internationally on topics that include current natural resource-based environmental issues, demographic transition and brownfield redevelopment. In 2001, he was invited by Princess Abdulla of Jordan to lecture on forest development in Amman, Jordan.

He’s received many awards including the Audrey Zapp Environmental Achievement Award from the Friends of Liberty State Park, Running with Scissors from the NY/NJ Baykeeper and Excellence in Environmental Education from New Jersey Audubon.

For more information on Frank Gallagher’s work, visit his website.