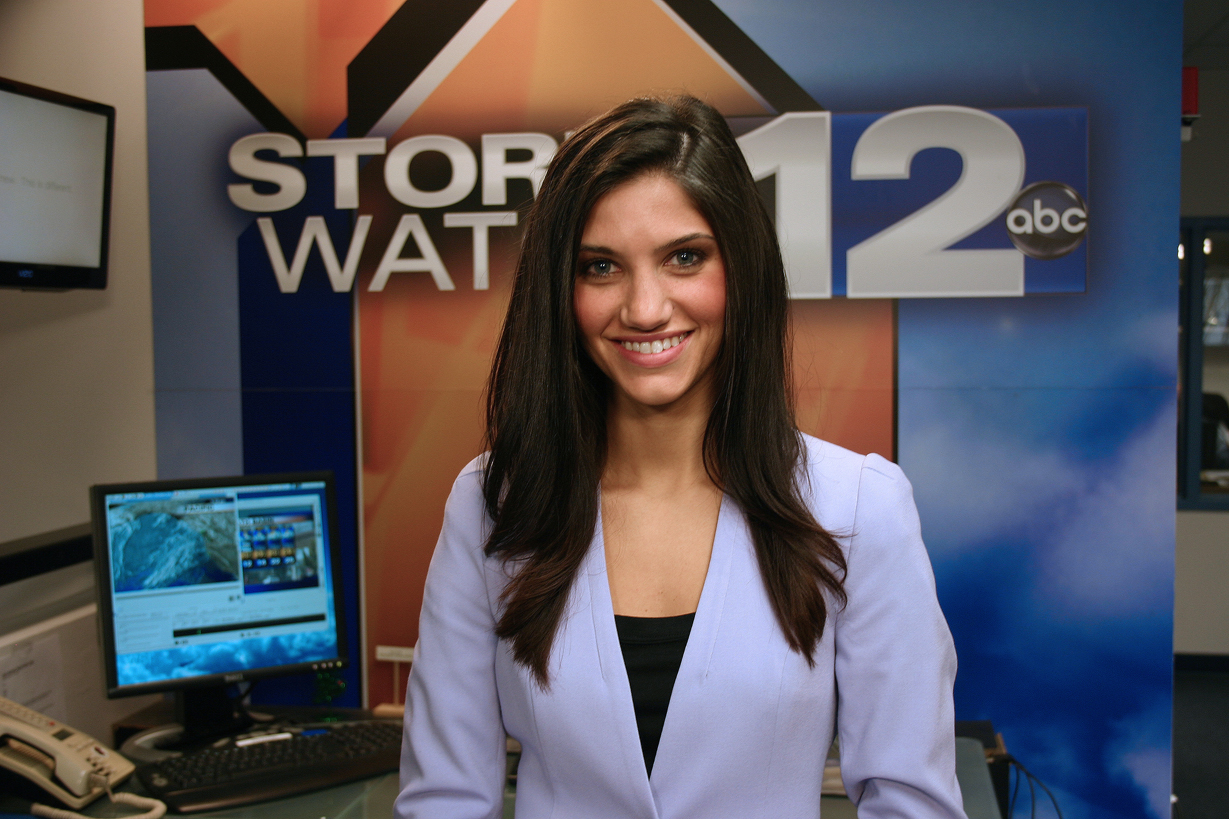 There are some students who enter college unsure of a career path, using the opportunity to select from the wide range of academic offerings until they find a niche that fits their talents and interests. Then there are those who, often from an early age, know exactly what they want to do and what they need to do to achieve it. The latter description fits Alyssa Caroprese, who graduated from the School of Environmental and Biological Sciences (SEBS) in May 2012. Less than six months after Caroprese graduated, she’s landed what she considers her “dream job” as a TV broadcaster far from her home state of New Jersey and across the country in Oregon.

Caroprese’s passion for the weather dates back as long as she can remember. As a little girl, she remembers watching The Weather Channel and was so taken by it, she’d even write down the name of each of the broadcasters. Many of her science projects as a kid were related to the weather, including a project delivering a pretend TV weathercast in the fifth grade.

“When I entered college I knew I needed to get as involved as possible, so I did many internships and participated in all I could that would benefit me and my future,” Caroprese says.  She didn’t have to search far to find what suited her needs.

She credits two programs at Rutgers as the sole reason she’s done so well. “I was a member of WeatherWatcher, which enables individuals to become comfortable in front of the green screen and deliver a pre-recorded weather broadcast, which then is sent out across campus via TV and web.”

During her last two semesters at Rutgers, she began doing the weather for Wake Up Rutgers. “I cannot stress enough how wonderful this program is for those who are interested in doing television,” she says. “The weather talent does two weather hits in the show, and because it’s live, it is a great way to a get a feel for what this is like in the TV industry when landing your first job.”

In addition to taking full advantage of what Rutgers offered to prepare her for a career in broadcasting, Caroprese also interned for WABC in New York City, and for News 12 New Jersey in Edison, NJ. The internships exposed her to how newsrooms are run, gave her experience in preparing weather graphics and delivering a weathercast to viewers as well as opportunities to practice, record and receive constructive criticism on her presence in front of the camera. It was from this recorded footage that she eventually put together a video resume when applying for jobs in her field.

According to Caroprese, her new broadcasting position will involve her working full time for an ABC affiliate in Medford, Oregon, as their weekend meteorologist and filling in during the week for the weekday morning and evening meteorologists, when needed.

“I am very excited to finally start my career and see where life takes me within the TV industry!”

She adds, “I would love to get some experience with other things in the newsroom other than just weather, and I think because I will not be on air every day, this job will give me the opportunity to learn much more than the weather aspect of TV.”

Watch Caroprese on Rutgers’ WeatherWatcher from a broadcast
during the fall semester of 2011.

You can also watch Caroprese during this Wake Up Rutgers
broadcast (appearing at the 5:44 and 20:40 marks).

View more shows at the Wake Up Rutgers website.