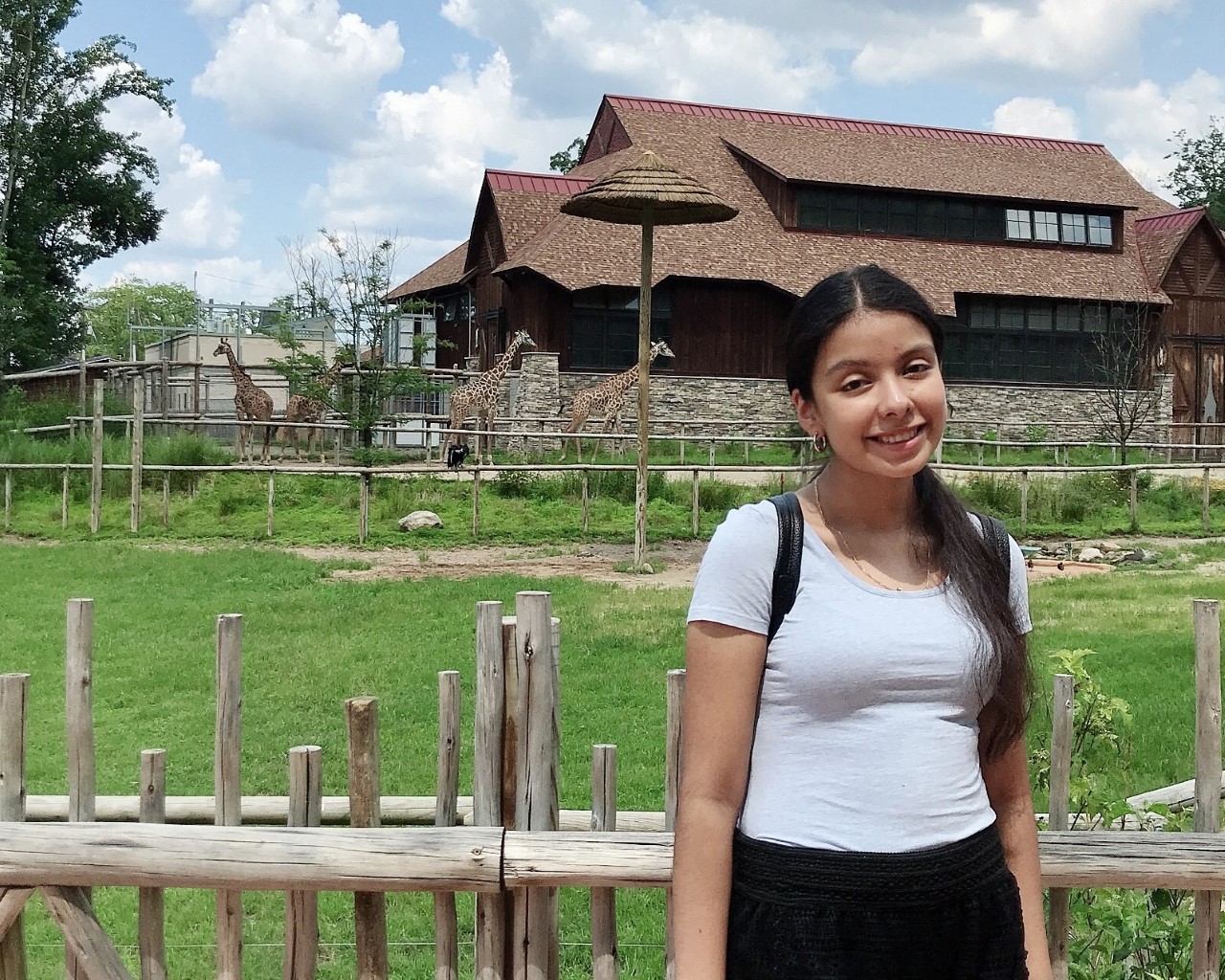 Transfer Student Karina Zepeda Gil (SEBS’24) during a visit to the Turtle Back Zoo.

Karina Zepeda Gil (SEBS’24) enters Rutgers as a junior transfer student from Hudson County Community College (HCCC). The oldest of three children, Karina was born in New Brunswick, virtually in the backyard of the Rutgers-New Brunswick campus. She and her family moved to Hudson County when she was nine years old.

A first-generation Mexican American, Karina is the first in her family to attend a four-year college in the United States. “It is a big change for us all. I will show my parents that their help and support throughout the years will pay off. I want to make them proud.”

She feels the weight of expectations, mostly her own. Growing up in the city of New Brunswick, which hosts Rutgers flagship campus, it was hard for Karina to miss the dominant presence of the State University of New Jersey. She first heard about Rutgers while in first grade. As she recalls, she and her peers were enjoying a classroom visit from college students conducting an arts program in the local elementary school.

But it was after she moved to North Jersey, and during a seventh-grade social studies project that was meant to encourage the youngsters to start thinking about college, that Karina had a distinctly favorable impression of Rutgers.

Karina graduated from North Bergen High school and went on to earn an associate’s degree in Environmental Science from HCCC in May 2022. Why the sciences? She recounts how her interest was sparked.

“My love and appreciation for science began in the eighth grade with the help of my teachers, Mr. Weber and Mr. Campbell. They gave me opportunities to interact with plants and animals in the classroom that interested me – the most memorable one being a frog dissection. I developed a curiosity in wildlife and, from there, began to watch documentaries and such, specifically the Irwin’s TV Show, ‘Crikey! It’s the Irwins.’”

When it came time to consider earning a four-year degree, Karin admits that it was an easy choice for her to apply to Rutgers. Specifically, the School of Environmental and Biological Sciences (SEBS), which was her first choice.

“The chance to have hands-on experiences at SEBS was one of my biggest factors in choosing Rutgers. It is something that I was not able to find at other schools that I researched. As a transfer, I am able to begin taking courses that involve interactions with nature, where we will go on ecological field trips.”

Not surprisingly, given her desire to work in the field of wildlife conservation, Karina chose to major in Ecology, Evolution and Natural Resources (EENR).

“With an EENR degree, I am looking to go into a zoological field where I will be able to interact with wildlife on a daily basis. Regardless of where I end up, I would like it to be hands-on.”