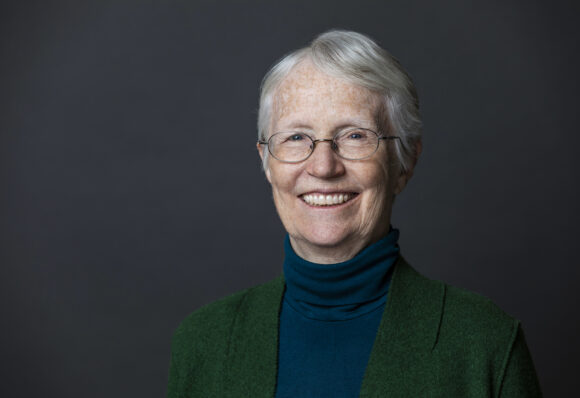 Cynthia Rosenzweig, a NASA climate scientist and Rutgers University alumna, has been named the 2022 World Food Prize Laureate for her work on the impact climate change has on food production worldwide.

Rosenzweig won the $250,000 prize for her achievements as the founder of the Agricultural Model Intercomparison and Improvement Project, a multidisciplinary global network of more than 1,000 climate and food-system researchers who want to improve computer modeling to better understand how climate change affects food production.

This network of scientists, led by Rosenzweig, who has been doing computer modeling for the past four decades, has created the methodology and critical data used by decision-makers throughout the world.

At Rutgers, Rosenzweig attended Cook College, earning a bachelor of science degree in agricultural science in 1980 and a master of science degree in soils and crops in 1983 from then Graduate School–New Brunswick. She received her doctorate from the University of Massachusetts Amherst in plant, soil and environmental sciences in 1991. She is the senior research scientist at the NASA Goddard Institute for Space Studies in New York and an adjunct senior research scientist at the Columbia Climate School at Columbia University.

“Climate change cannot be restrained without attention to food system emissions, and food security for all cannot be provided without resilience to increasing climate extremes,” Rosenzweig said in a prepared statement. “As we move into a crucial decade of action on climate change, food needs to be ‘at the table.’”

The award was announced Thursday during a ceremony in Washington, D.C., hosted by the U.S. Department of State. Barbara Stinson, president of the World Food Prize Foundation, announced the winner.

“Dr. Rosenzweig has brought powerful computational tools into practical application in agriculture and food systems,” said Stinson. “Her work has shaped our understanding of the relationship between food systems and climate change. She advanced the use of multiple models and created networks of scientists to use them. These innovations have contributed to many countries’ ability to respond effectively to the crisis we face in climate change.”

As the 2022 Laureate, Rosenzweig officially will receive the World Food Prize from the Des Moines, Iowa-based foundation at a ceremony in October. Read Rosenzweig’s story here.