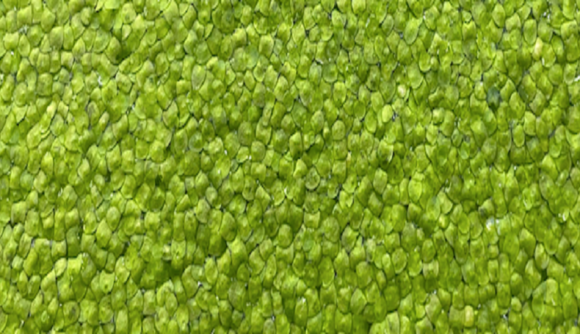 In the age of climate change and a booming global population, duckweed, the world’s fastest growing plant, is an excellent laboratory tool for scientists to discover new strategies for growing more sustainable crops, a Rutgers-led study finds.

“There is a need for new models to tackle complex molecular and ecological processes in plant biology using multidisciplinary approaches,” said the study’s senior author Eric Lam, a Distinguished Professor in the Department of Plant Biology at Rutgers University-New Brunswick. “Duckweeds are well suited to play an important role in these endeavors.”

The study appears in the journal The Plant Cell.

While duckweed, has many benefits, including providing wildlife habitat and being a sustainable source of food, livestock feed and biofuel, it also spreads rapidly and kills fish and beneficial algae by depriving ponds of oxygen.

Duckweed was commonly used in lab research from 1950 to 1990 before it was replaced by a tiny plant from the mustard family that was easier to genetically sequence. But with advances in genomic technologies over the past decade and the growing need to find alternative and more sustainable crops that can help feed the world population, there has been a renewed interest in using duckweed in plant biology, ecology and chronobiology, the study of biological rhythms.

Researchers from Rutgers, the Salk Institute and an international team of specialists reviewed the anatomy, growth, physiology and molecular characteristics of duckweed. They found that genome sequences from multiple species showed that these aquatic plants have a smaller number of genes compared to other model plant species, which could make duckweed a simpler plant to use in order to characterize each gene’s function.

Recent studies published by collaborating teams at Rutgers and the Salk Institute also found that the smallest member of the duckweed family, Wolffia, may economize its energy for growth by minimizing the level of gene control over the daily day-night cycle.

“We thus suggest that the duckweed plant family is an excellent platform to discover novel strategies for improved plant growth as well as environmental responses to optimize plant resilience and productivity,” Lam said.

Although duckweed has adapted to an aquatic habitat, it has all the same types of genes and pathways as in well studied crop plants.

“As such, the novel strategies that we can learn from studying these small plants could potentially be used to re-engineer traditional crop plants to endow them with new traits,” Lam said. “Furthermore, as the commercialization of duckweed-based bioproducts gathers steam, we and our co-authors are optimistic that the basic research we are carrying out in the laboratory will help translate duckweed’s prodigious productivity into new sustainable crops that can augment traditional agricultural products.”