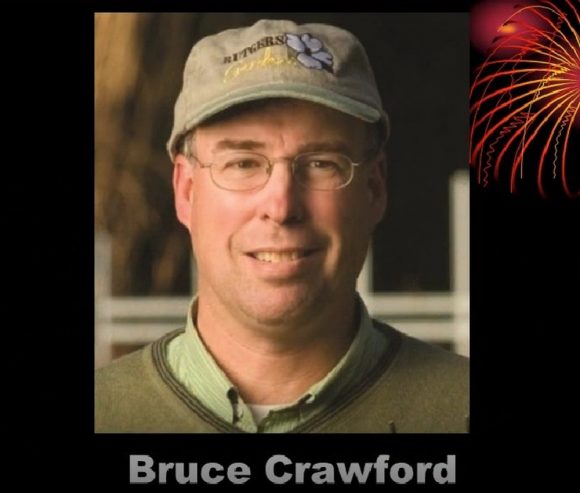 It All Began Picking Asparagus.

Bruce Crawford’s fascination with plants began by picking asparagus in his grandparent’s vegetable garden, which led to a career in Landscape Architecture and Horticulture at Rutgers University. National Garden Clubs, Inc.’s highest honor, the Award of Excellence, was awarded to Bruce Crawford for his innovation in education and landscape design.

Bruce launched his career after graduation at Rutgers by starting Garden Architecture, a landscape design business. His business began integrating interesting and lesser-known plants that provided year-round interest and created a pallet of plant material that was distinctly fresh and low maintenance. Bruce began consulting on more public garden venues. His talent caught the eye of local garden clubs in New Jersey, and he began receiving requests to be a guest speaker at their meetings. His work was ultimately noticed by the Department of Landscape Architecture at Rutgers University, where he became a guest lecturer teaching courses in Herbaceous Plants and Public Gardens Management.

In 2005, Bruce became director of Rutgers Gardens. It was here that he was able to develop an “outdoor classroom” where Rutgers students, gardeners, school children and the public could learn about plants, gardening, and the environment. “Having the gate open to youth is a tremendous achievement. These are our future gardeners,” stated Diane Genco, executive director of the Rutgers Gardens Advisory Board. In 2020, Rutgers appointed Bruce to the new position of State of New Jersey Program Leader for Home and Public Horticulture.

By combining his innovative gardening ideas, knowledge of horticulture, and advocacy for sustainability with his desire to share and educate, Bruce Crawford has made those who encounter him better gardeners who are aware of the impacts of their gardening decisions and their ability to create a more environmentally friendly world. “Bruce has been a steadfast teacher and his enthusiasm is contagious.  He never forgets to serve the community and lend his expertise in horticulture to anyone who calls. In my mind, He is Mr. Garden State,” declared Laura J. Lawson, interim executive dean at the School of Environmental and Biological Sciences at Rutgers. 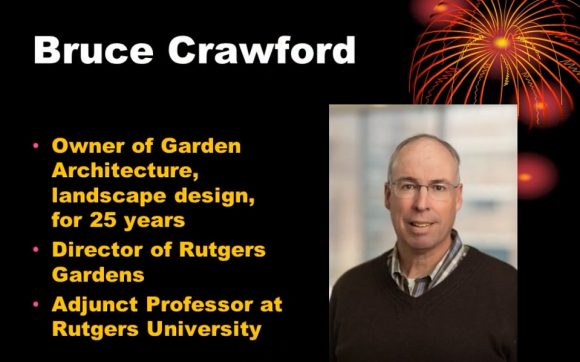 “As I suspect everyone already knows, I am rarely without words or a comment to be made,” said Crawford. “ However, I was very happily shocked and surprised when I opened the note from Donna Rouch and discovered I had received the Award of Excellence from the National Garden Clubs. I am very humbled and honored that everyone felt my efforts have in some way made an impact worthy of a National Award. To everyone, thank you. After a rather unusual year, I should note how this award has given me the inspiration to enhance my efforts to continue to share what little I know with more audiences of all ages.”