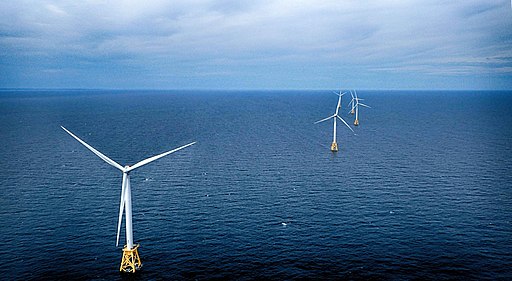 An article in WIRED reports that the Biden administration is betting that green energy produced by new offshore wind farms will help slow climate change, but fishers and some scientists say there are too many uncertainties about how the massive structures will affect the ocean and its marine life. While the engineering problems of such a large project may seem daunting, trying to figure out what will happen to the surrounding ocean and its denizens is a bit murkier. The Northeast waters are fed by the powerful Gulf Stream current, which brings warm water and tropical species from the south, as well as swirling eddies and a bottom layer of colder water that protects many commercially valuable seafood species. While scientists can use computer models to predict how wind farms might interact with currents, tides, and other ocean circulation patterns, it’s much tougher to come up with real-world examples.

Travis Miles, assistant professor of coastal and marine sciences and colleagues at Rutgers recently reviewed existing scientific literature on the biological and physical changes that might occur with offshore wind development to a undersea phenomena called the “cold pool,” a blob of cool water that sits on the ocean floor during the summer months and acts as a refuge for scallops, clams, and bottom-dwelling fish like flounder, monkfish, and sea bass. These organisms rely on the cold pool to protect themselves from the warm surface waters heated by the summer sun. There is some speculation that the currents flowing around wind farms could turn into a giant eggbeater, mixing warm surface water into the cold pool, but that hasn’t been shown in any direct field observations, Miles says. Read the full article in WIRED.