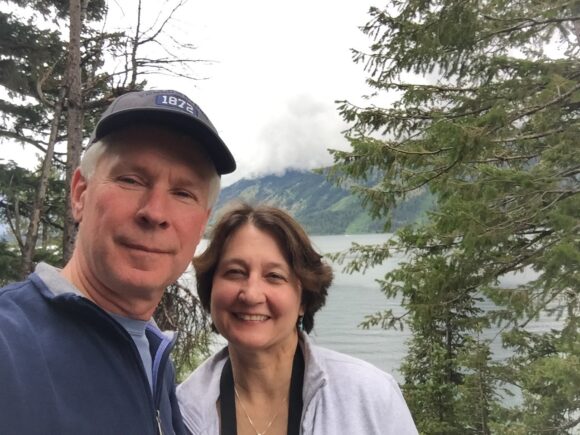 Over the years, hundreds of romantic relationships that would eventually grow into marriages were formed on the George H. Cook campus. In 1976, two Animal Science majors, Gene Wefer (CC’78) and Renee Wefer nee Kozlowski (CC’79) met for the first time and began a romance that has endured since. They recently shared with us how their relationship developed at Cook College and why the school and campus are still so meaningful for them today.

How did you meet?

Gene: We met on a cold, late October night in 1976. My buddy asked me to tag along on a walk from Woodbury dorm to the Newell apartments. He needed a wing man, as he was courting someone who recently caught his attention. I thought to myself, “Hmmm, let me think… study biochem or go visit the apartment with the 6 ladies?” It wasn’t a difficult decision at the time and as it turned out, it was one that ultimately changed two lives forever.

Renée: One of my five roommates said that someone was coming over to visit her. She mentioned that he was bringing a friend. Although I don’t believe in love at first sight, there was something in that initial introduction – an introduction that grew into a relationship that is now in its 45th year.

How did your first date go?

Gene:  A week or so after our first meeting, Renée and I casually went out on what I guess was our first date. It was a coffee house gig at the round barn on College Farm Road. We ate donuts and sipped hot chocolate while listening to a guy in overalls playing guitar and singing some familiar folk songs from Kenny Loggins. From that day on, most of our dates consisted of trips to the Neilson Dining Hall and study trips to the Cook-Douglass Library. To say Renée was a good influence on me would be an understatement.

When did you know they were the one?

Renée: Gene was a third-year, pre-vet student, and I was a sophomore in Animal Science when we first met. Over the next year and a half at Cook, we grew closer and closer. We were always together even sharing some classes. We would spend time at the Cook farm getting our show animals ready for Ag Field Day (now Rutgers Day). Then, one night in January 1978, Gene received the call that he was accepted into the veterinary program at Purdue. This meant that he would be spending the next four years in Indiana.   Before he left for Purdue, Gene gave me a ring to reflect our commitment to our relationship. We both agreed that our love would only grow in the face of the test of time and distance.

Gene: As I went off to veterinary school in the fall of 1978, Renée finished her last year at Cook and worked in cardiovascular research at Johnson & Johnson. Four amazingly fast years later, on May 15, 1982, I left Indiana, diploma in hand. Three weeks later, on June 5, 1982, we were married. The rest as they say… is history. Or, is it? 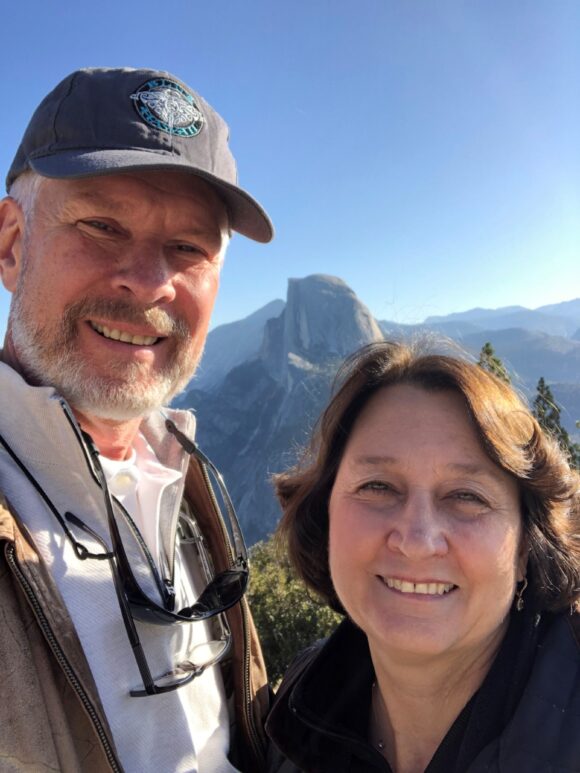 But, that’s not the end of your relationship with the school and campus?

Renée: In September of 2011, Gene and I pulled up in front of Lippincott Hall (previously the Douglass dorm) and dropped off our youngest daughter, Carlyn. She was starting her freshman year at SEBS as a biotech major. A year later she moved into the Newell apartments. What a memory trip that was! It felt like time was repeating itself.

What are some of your fondest memories of the George H. Cook campus as a couple?

Some of our fondest memories:

Ag Field Day, with the cockroach races, the plant sale, the animal shows, food science department ice cream, the chicken BBQ, and so many other activities.

Walking around passion puddle in the spring with classmates scattered all over the lawn.

Hearing the loud “Ooooooo’s” echoing through the Neilson Dinging Hall when someone broke a glass.

Visiting the newly born lambs and piglets at the farm.

Hours of study at the Cook-Douglas Library or the loft in the student center.

The Pub in the Douglass Student Center.

The smell of Squibb.

Life on the campus was a special place at a special time of our lives, never to be forgotten and always cherished. For those of us who graduated from Cook College, it will always be the little college at the big university.