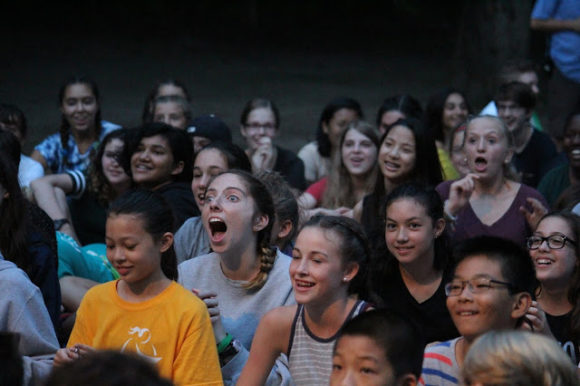 Rutgers, the State University of New Jersey, is the state’s largest institution of higher education and its land-grant institution. Beyond the campus-based academics, there is a component of Rutgers that is solely dedicated to serving the needs of New Jersey residents through research and outreach. Known as the New Jersey Agricultural Experiment Station (NJAES), and its unit of Rutgers Cooperative Extension (RCE), it has been addressing the needs of New Jersey residents, communities and businesses since it was established in 1880. Despite NJAES and RCE’s presence and impact across the state, we’ve often been dubbed “New Jersey’s best kept secret.” Our mission to change that is through telling our stories – how RCE programs change people’s lives, how communities and businesses have been enriched through Extension services, and beyond.

This story is about magic.

This story is about Jessie, 10 years old, a first-time camper at L.G. Cook 4-H Camp. Shy, nervous, never slept away from home before, much-less never spent a whole week away living in a cabin in the woods with a bunch of folks she has never met in her life. As Jessie’s mom finishes helping set up her bunk and starts to leave, Jessie is quietly crying, trying her best to keep it together in the face of an infinitely long unknown week on her own stretching out in front of her. 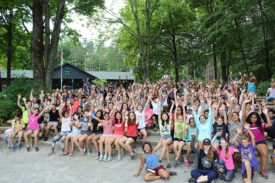 Then! Four long summer camp days later, Jessie steps out on to the Dining Hall porch, looks out into the crowd of over two hundred people, every single person on all of Camp staring back at her, the lake reflecting the evening sky behind them, and Jessie begins to sing. Because it’s Talent Show night, and shy Jessie, in the middle of July, is performing “Here Comes Santa Clause.” She starts quiet, building in volume and confidence as the hushed crowd goes from quiet, rapt attention to all raising their hands in the air, swaying back and forth in rhythm as Jessie sings.

Just happens?! Just happens misses EVERYTHING! It misses that the very moment Jessie’s mom begins to walk away from her bunk on that first day, Jessie’s cabin counselor, Sequoia, is already by her side welcoming her to Camp, letting her know she will be there for anything Jessie needs all week long. It misses that ten seconds later, a returning, veteran, dyed-in-the-wool 4-H Camp camper, Sydney, is there beside Jessie as well, telling her she can’t wait to show her around this wonderful place. It misses during an ice-breaker at lunch, when Jessie lets it slip that she likes to sing, her table counselor Luke immediately says that then she should sign-up for the Talent Show. It misses her counselor Fran staying up with her late into the first night when she can’t fall asleep, it misses her whole Arts and Crafts class encouraging her on Talent Show sign-up day, it misses Luke at dinner that night saying how he can’t wait for her performance. Only ten minutes ago, it misses Jessie’s cabin cheering her on as she walks backstage, and it misses our Coordinator Mechu giving her one final pep talk right before she goes on. And right now, it misses Sequoia five feet back and to the left of Jessie mouthing the words with her, cause Jessie said she could only do it if Sequoia was there to sing along with her, and it misses our oldest campers sitting in the back of the crowd nudging each other that it was time to start a “quiet song sway”, cause they know what it takes to make a memorable Summer Camp moment. It misses all the sweat, and effort, and attention, and work, and grind the entire community puts in to make this the kind of place where this kind of thing just happens! 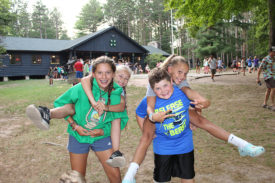 The last morning of Camp, when Jessie’s crying again, this time because she doesn’t want to leave her new friends and her new strange home in the woods, when she runs up to her mom at pick-up she doesn’t say “guess what this supportive and attentive community provided me the environment to do”! She says, “guess what I did! I sang in the Talent Show.” And she’s 100% right. Every step of the way, it was her choice and her strength that allowed her to succeed – we just helped show her it was there. She did do it.

And that Junior Counselor was 100% right too. It does just magically happen. But it’s the best kind of magic. It’s man-made magic, and we know the spell, we know the old alchemy as clearly as if it were scrawled on some ancient piece of parchment. But when all those elements required to make something “just happen” come together, what’s created takes on a life of its own and it always, always manages to surprise us. When Jessie gets onto that stage, or when all the Jessies of next summer find their moment, the magic created is real, as real, as unpredictable and uncontrollable, as mystical and mysterious as any magic kept in any corner of any remote deep dark forest anywhere.

Written by Ben Clawson, director L.G. Cook 4-H Camp. Located in the woods of Sussex County in Branchville, NJ, the camp is part of Rutgers New Jersey Agricultural Experiment Station. Ben can be reached at clawson@njaes.rutgers.edu.