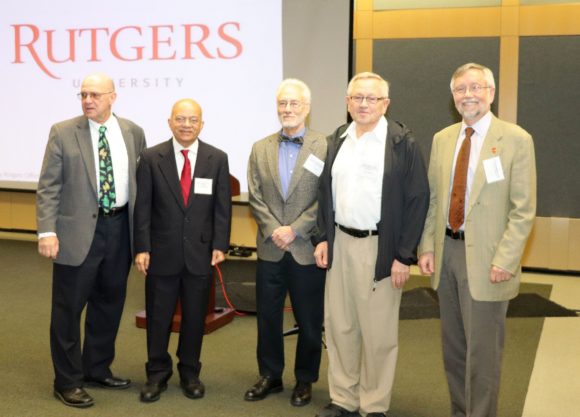 “Diabetes” was the theme of the 12th Annual Pioneers in Endocrinology Workshop held at Rutgers on October 14, 2019, at the Busch Student Center.

The workshop was sponsored by the Rutgers Endocrine Program; Rutgers-RWJMS Division of Endocrinology, Metabolism and Nutrition; the Department of Animal Sciences at the Rutgers School of Environmental and Biological Sciences; and the New Jersey Obesity Group. 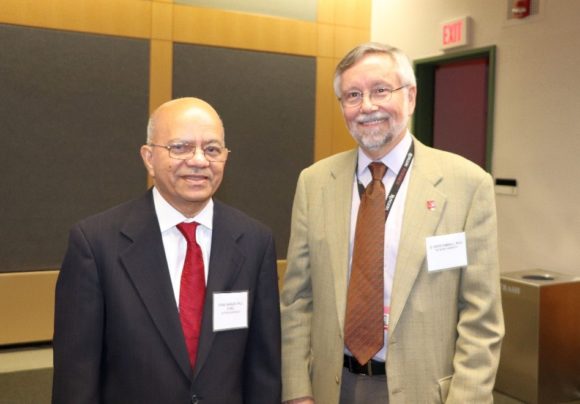 Dipak Sarkar, director of the Rutgers Endocrine Program and distinguished professor in the Department of Animal Sciences, hosted approximately 80 attendees. 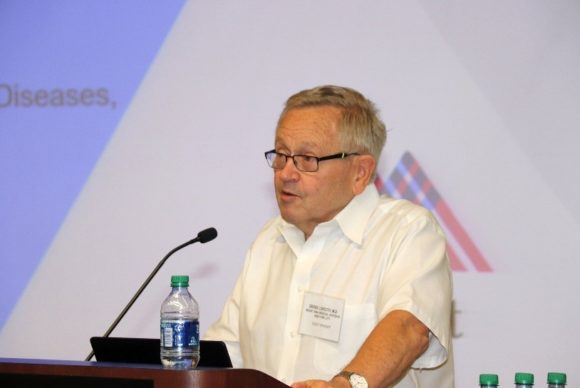 Following the opening statements, Sue Shapses, professor and director, New Jersey Obesity Group, introduced the first speaker, Derek LeRoith, MD, PhD. Dr. LeRoith is a Professor of Medicine and Director of Research, Division of Endocrinology, Diabetes and Bone Diseases at the Icahn School of Medicine at Mount Sinai in New York City. His scientific research is focused on understanding the complex signaling pathways underlying the multiple factors involved in the link between obesity, diabetes, and cancer with a special emphasis on preclinical breast cancer models. His lecture on “Obesity Diabetes and Cancer: Evidence from Animal Models” emphasized the importance the insulin/IGF system and dyslipidemia in cancer. 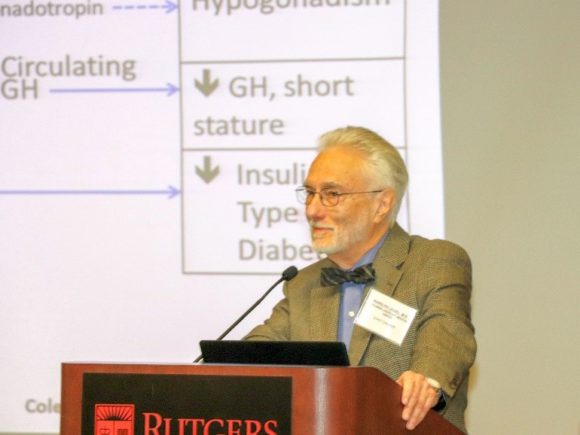 Louis Amorosa, chief of Endocrinology, Metabolism and Nutrition, introduced the second speaker, Rudolph Leibel, MD, professor of Pediatrics and Medicine and director of the Division of Molecular Genetics at Columbia University. Leibel’s research has focused on physiologic studies of weight loss and energy expenditure in humans. His talk, entitled “Stem Cell-Based Approaches to the Molecular Physiology of Diabetes and Obesity,” further extends the breath of his research to basic mechanisms causing  monogenic diabetes syndromes just as Mature Onset Diabetes in Youth and monogenic causes of obesity like the Prader Willi Syndrome. He also presented data to make new human beta cells from the patient’s own stem cells for restoring insulin secretion in diabetes mellitus.

A question-and-answer session subsequent to each lecture was led by Carol Bagnell, professor and director, Endocrinology and Animal Biosciences Graduate Program. The morning session was followed by a luncheon. 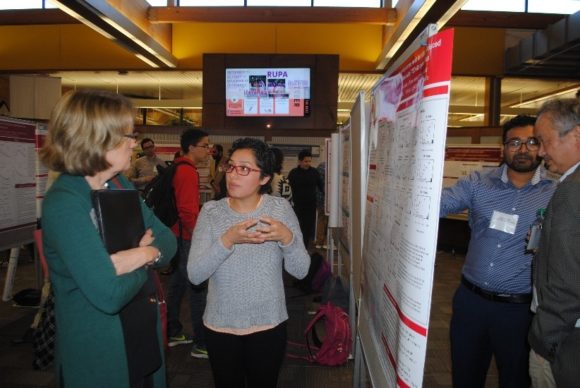 The afternoon featured a poster session, displaying about 30 posters reporting advanced endocrine research being conducted at Rutgers and other universities.

Industry colleagues Alpco, Charles River, and Research Diets were represented at the workshop. Each presented a display booth in the Fireside Lounge at the Busch Student Center. All contributions to the workshop were generous and much appreciated. 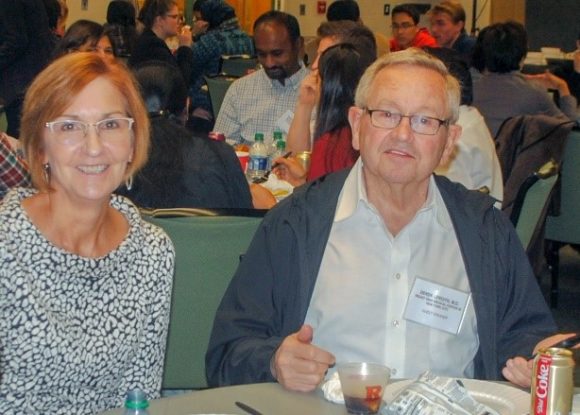