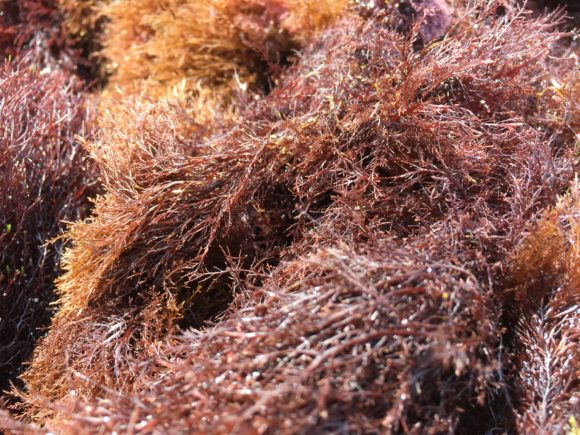 You’d think that losing 25 percent of your genes would be a big problem for survival. But not for red algae, including the seaweed used to wrap sushi. 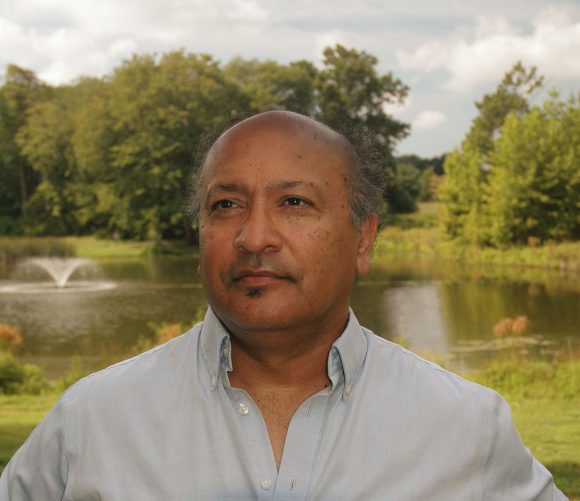 An ancestor of red algae lost about a quarter of its genes roughly one billion years ago, but the algae still became dominant in near-shore coastal areas around the world, according to Rutgers University–New Brunswick Professor Debashish Bhattacharya, who co-authored a study in the journal Nature Communications.

The research may assist in the creation of genetically altered seaweeds that could be used as crops, help to predict the spread of seaweed pests and – as the climate warms and pollution possibly increases – control invasive seaweeds that blanket shorelines.

Scientists believe the 25 percent loss in genetic material resulted from adaptation by the red algal ancestor to an extreme environment, such as hot springs or a low-nutrient habitat. That’s when the genome of these algae became smaller and more specialized. So, how did they manage to escape these challenging conditions to occupy so many different habitats?

“It is a story akin to Phoenix rising from the ashes, and the study answers an important question in evolution,” said Bhattacharya, a distinguished professor in the Department of Biochemistry and Microbiology in the School of Environmental and Biological Sciences. “This lineage has an amazing evolutionary history and the algae now thrive in a much more diverse environment than hot springs.”

Red algae include phytoplankton and seaweeds. Nori and other red seaweeds are major crops in Japan, Korea and China, where they serve as sushi wrap, among other uses. Red seaweeds are also used as food thickeners and emulsifiers and in molecular biology experiments. Meanwhile, seaweed pests and invasive species are becoming a common threat to coastlines, sometimes inundating them.

The scientists hypothesized that the red algal ancestor was able to adapt to widely varying light environments by developing flexible light-harvesting apparatuses. And their results strongly support this hypothesis. They generated a high-quality genome sequence from Porphyridium, a unicellular red alga. They found that many duplicated as well as diversified gene families are associated with phycobilisomes – proteins that capture and transfer light energy to photosystem II (a protein complex that absorbs light) to split water, the critical first step in photosynthesis that powers our planet.

A key component of phycobilisomes are “linker proteins” that help assemble and stabilize this protein complex. The results show a major diversification of linker proteins that could have enhanced photosynthetic ability and may explain how the algae now thrive in diverse environments, from near-shore areas to coral reefs.