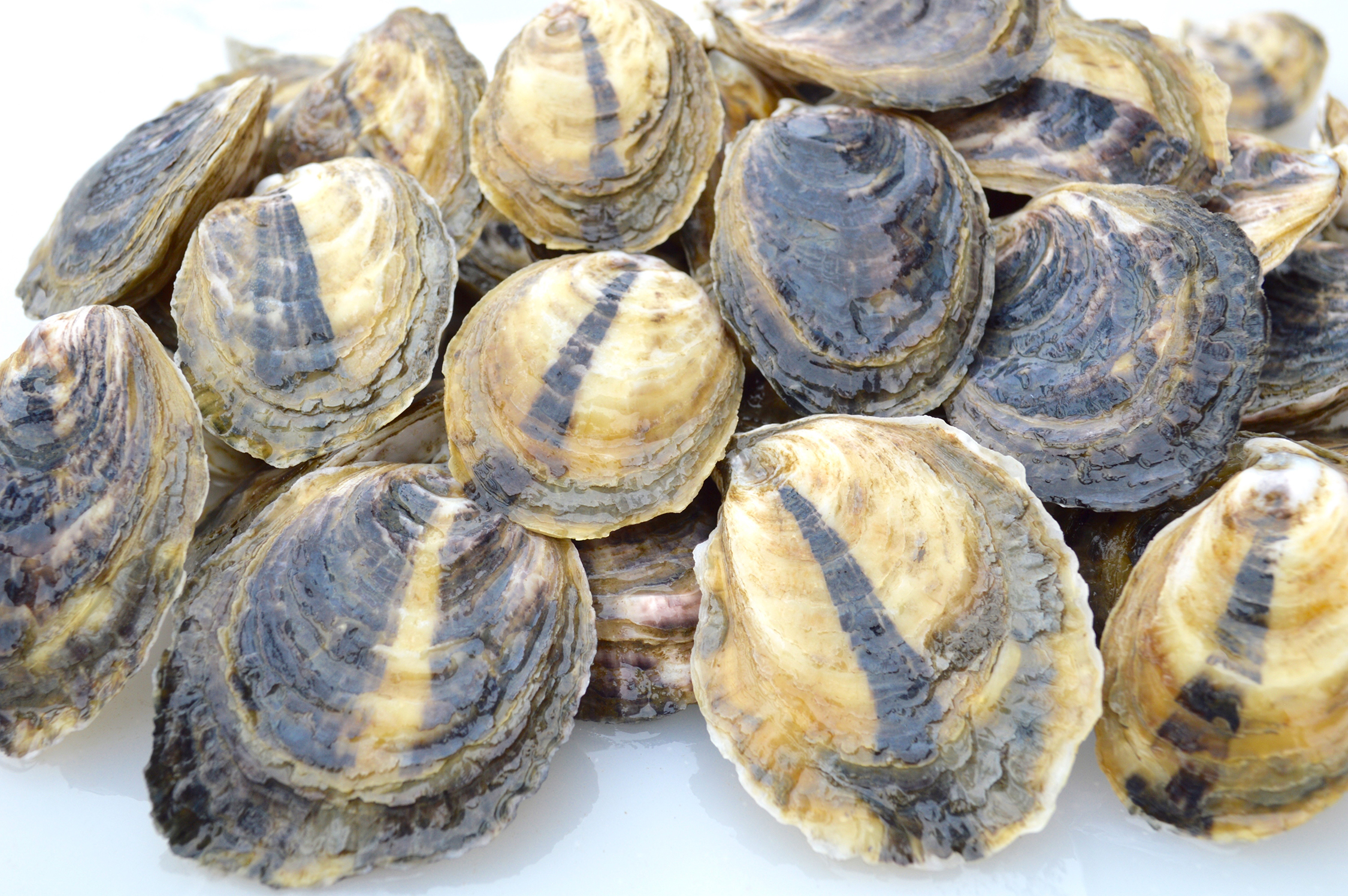 Ximing Guo, distinguished professor and renowned shellfish geneticist at Rutgers Haskin Shellfish Research Laboratory, is the lead principal investigator for the project, which will advance the pace of genetic improvement by identifying genes responsible for desirable traits, such as disease tolerance. Improved broodstock will then be made available to commercial hatcheries, thereby sustaining the rapidly expanding $90 million enterprise of farming eastern oysters, Crassostrea virginica, along the East Coast.

The Eastern Oyster Breeding Consortium was formed so that hatcheries could support industry by providing domesticated lines with desirable traits. For example, over many generations, researchers from Rutgers and William & Mary’s Virginia Institute of Marine Science (VIMS) have developed varieties of oysters that are now quite tolerant of MSX, the parasite that essentially wiped out much of the oyster harvest in the mid-Atlantic. Their breeding programs have also substantially improved other traits, such as faster growth and meatier oysters.

VIMS Professor Stan Allen says “Our breeding programs at Rutgers and VIMS are at the core of the new consortium. The project is a terrific opportunity to develop further ground-breaking approaches with Ximing’s team and our East Coast collaborators, and will hopefully deliver all the more results for industry.”

Allen, who directs the Aquaculture Genetics and Breeding Technology Center (ABC) at VIMS, shared with Guo an Inventor of the Year Award from the New Jersey Inventors Hall of Fame in 2013 for their “product by process” patent for oysters with two extra sets of chromosomes. The pair accomplished their breakthrough in 1994 while at Rutgers; Allen arrived at VIMS in 1997 as ABC’s first director.

Despite the already significant benefits that breeding has brought to domesticated eastern oysters, there is much more room for improvement, as evidenced by animal and crop improvements in agriculture. The improvement of traits for the eastern oyster, however, is a regional endeavor. With a native range from Atlantic Canada through the Gulf of Mexico, eastern oysters display clear physiological differences among regions. 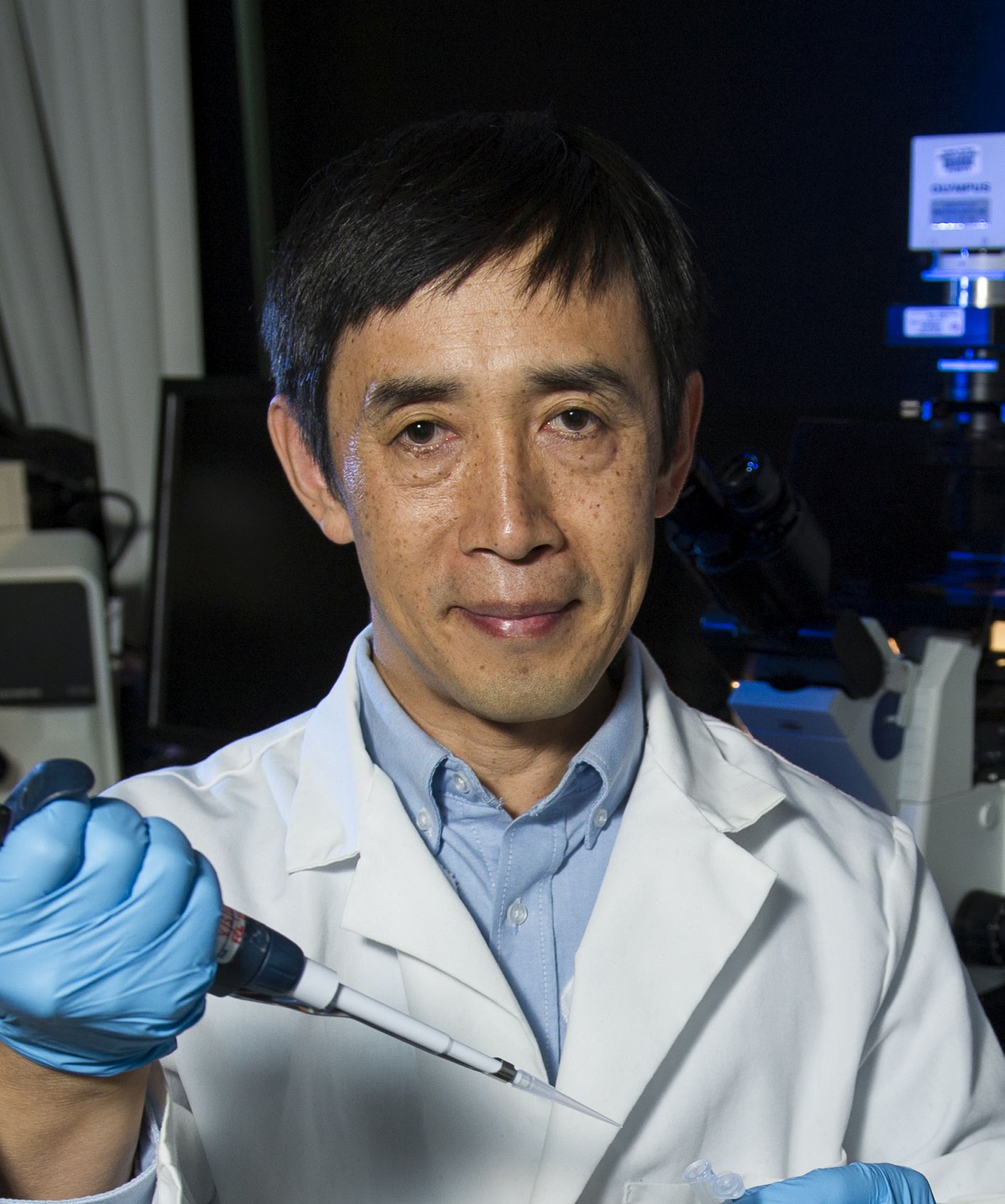 “Oysters tend to be adapted to local environmental conditions,” explains Guo. “One goal of our project is to develop genetic strains that are adapted to different regions along the Atlantic Seaboard.”

According to Guo, several years ago consortium scientists were able to sequence the oyster genome, providing new tools to make direct associations between the genetic code and important traits.

“The team will develop a tool called a “SNP chip” to detect variations across the genome, and through a process called genomic selection, these genetic markers will help identify the best performing oysters,” he adds.

Once the markers associated with economically important traits are identified, breeders along the East Coast will be able to select those broodstock that carry the superior genes.

“While disease resistance is the most important trait for the eastern oyster, we hope to use the same technology to select for other desired traits, such as fast growth and hardiness,” says Guo.

Other aspects of the project will evaluate the usefulness of genomic selection to address emerging issues, such as resistance to ocean acidification or tolerance to hypoxia, a condition that deprives oysters and other marine life of adequate oxygen.