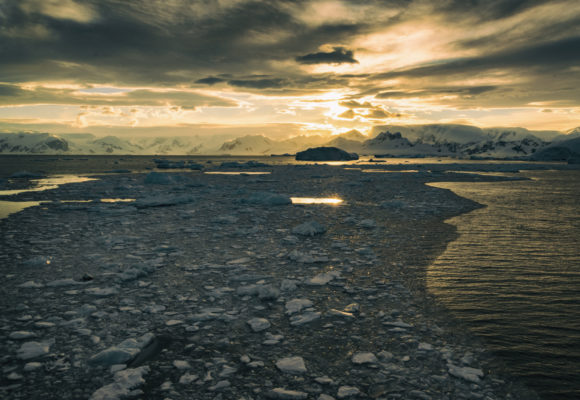 Climate change is altering the ability of the Southern Ocean off the West Antarctic Peninsula to absorb carbon dioxide, according to a Rutgers-led study, and that could magnify climate change in the long run.

The study, led by scientists at Rutgers University–New Brunswick, is published in the journal Nature Climate Change.

The West Antarctic Peninsula is experiencing some of the most rapid climate change on Earth, featuring dramatic increases in temperatures, retreats in glaciers and declines in sea ice. The Southern Ocean absorbs nearly half of the carbon dioxide – the key greenhouse gas linked to climate change – that is absorbed by all the world’s oceans.

“Understanding how climate change will affect carbon dioxide absorption by the Southern Ocean, especially in coastal Antarctic regions like the West Antarctic Peninsula, is critical to improving predictions of the global impacts of climate change,” said lead author Michael Brown, an oceanography doctoral student in the Center for Ocean Observing Leadership in the Department of Marine and Coastal Sciences at the School of Environmental and Biological Sciences.

The study tapped an unprecedented 25 years of oceanographic measurements in the Southern Ocean and highlights the need for more monitoring in the region.

The research revealed that carbon dioxide absorption by surface waters off the West Antarctic Peninsula is linked to the stability of the upper ocean, along with the amount and type of algae present. A stable upper ocean provides algae with ideal growing conditions. During photosynthesis, algae remove carbon dioxide from the surface ocean, which in turn draws carbon dioxide out of the atmosphere. 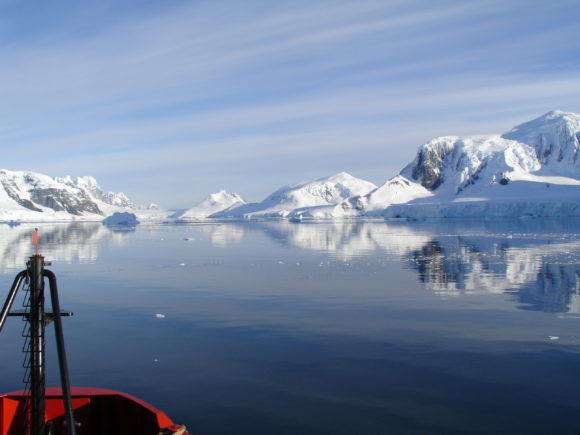 The results also demonstrate the often counterintuitive impacts of climate change. The scientists hypothesize that upper ocean stability off the West Antarctic Peninsula may ultimately decrease in the coming decades as sea ice continues to decline. Once sea ice reaches a critically low level, there won’t be enough of it to prevent wind-driven mixing of the upper ocean, or to supply a sufficient amount of stabilizing meltwater. And that could result in reduced carbon dioxide absorption in the Southern Ocean over the long run.

A decrease in the ocean’s ability to absorb carbon dioxide could lead to more warming worldwide by allowing more of the heat-trapping gas to remain in the atmosphere.

The study’s senior author is Oscar Schofield, a Distinguished Professor who chairs the Department of Marine and Coastal Sciences. Scientists at the University of Colorado Boulder, Montclair State University, National Oceanic and Atmospheric Administration and Columbia University contributed to the study.