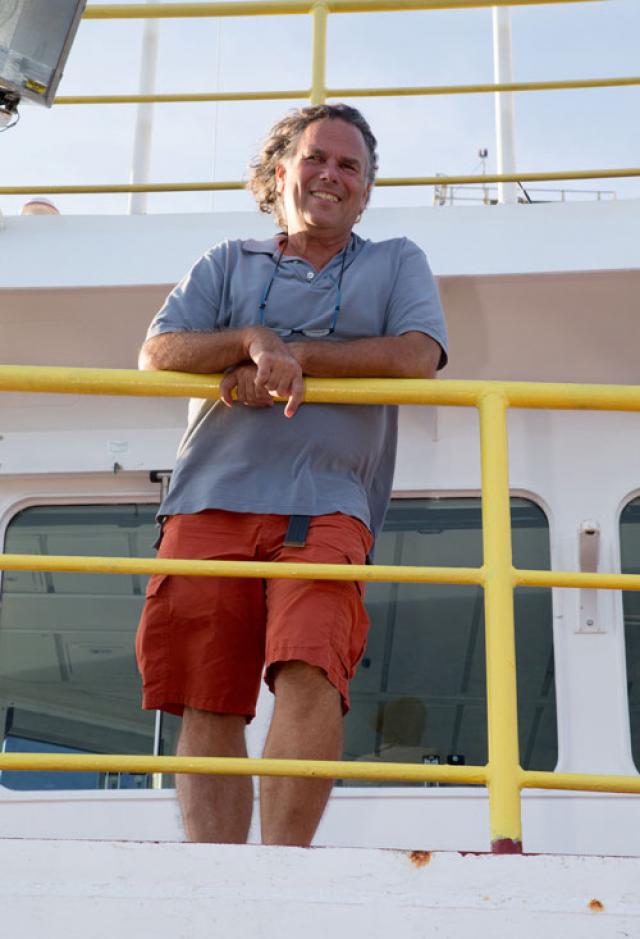 Rutgers distinguished professor Yair Rosenthal, a member of the faculty at Rutgers since 1997 with joint appointments in the departments of Marine and Coastal Sciences and Earth and Planetary Sciences, has been named a 2019 Fellow of the American Geophysical Union (AGU). He joins 61 other colleagues who will be recognized for their “scientific eminence in the Earth and space sciences” at the AGU’s fall meeting in December. See the full list of 2019 AGU Fellows.

AGU fellows are a small and distinguished subset of AGU members “whose visionary leadership and scientific excellence have fundamentally advanced research in their respective fields.”

Rosenthal, whose research focus includes paleoceanography, paleoclimatology and biogeochemistry, describes his research interests in this way:

“The overarching motivation for my research is to document past changes in Earth climate change and understand the mechanisms behind them. As the ocean plays a key role in climate, a full understanding of the complexity of past climate change requires thorough knowledge of variations in ocean hydrography (e.g., seawater temperature, salinity and heat content) and circulation through time. Throughout my career, I have endeavored to develop new geochemical proxies that offer quantitative information of past ocean properties to develop the capability for rigorous paleoceanographic reconstructions in a similar manner to that conducted with modern data.”

AGU was established in 1919 by the National Research Council and celebrates its 100th anniversary this year as the “preeminent international force for the promotion of geophysical endeavors.”