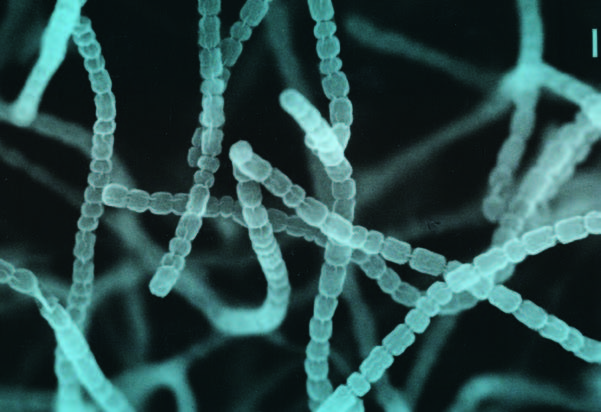 Streptomyces griseus, a microorganism discovered in New Jersey soil in 1916 by Rutgers scientists, was named the official state microbe by the New Jersey State Legislature in 2019. Professor Selman Waksman and graduate students Albert Schatz and Elizabeth Bugie discovered in 1943 that S. griseus produces an antibiotic, which they named streptomycin, that proved effective against the bacteria that causes tuberculosis, cholera, typhoid and dysentery, all of which were resistant to penicillin. The discovery of the soil-based bacterium that led to the development of the life-saving antibiotic streptomycin that protected millions from tuberculosis helped to establish Rutgers as a leader in antibiotic research and had a profound impact on global health.

Meet NJ’s microbe in a video produced by Simply Science.