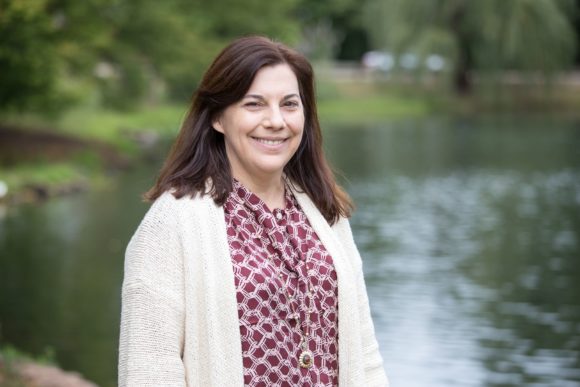 Pamela McElwee, associate professor in the Department of Human Ecology, was one of the lead authors of the IPBES global assessment. The SEBS/NJAES Newsroom interviewed McElwee on her involvement and thoughts regarding the IPBES report. 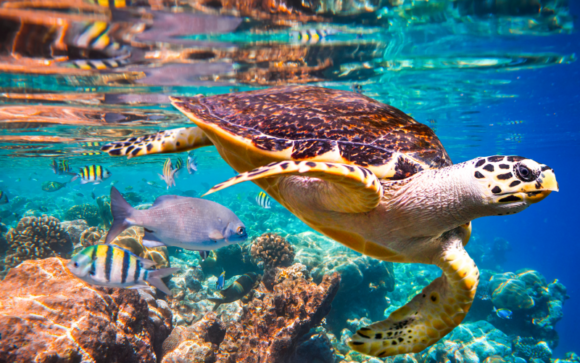 What is the significance of the IPBES report, in light of the fact that there have been several recent reports on the state of the environment? What sets this apart?

This is the first global report since the Millennium Ecosystem Assessment in 2005 to try to identify trends in nature and ecosystems, so in terms of content it is a needed update. In terms of process, the IPBES report is also the first intergovernmental report on biodiversity. This means it was jointly produced between scientists and governments to lend an added weight to the findings; this is not for example a report issued by an environmental NGO that might have a particular agenda. Rather, IPBES is supposed to provide independent, and policy-relevant but not policy-prescriptive, advice to governments under the specific mechanism of the platform.  IPBES came into existence in 2012 as an independent body under the UN after many governments requested a mechanism similar to the IPCC, which has issued regular state of the science reports on climate for many years. IPBES has issued several regional and thematic reports since 2015, but this is the first global assessment they have done.

How were scientists selected and what did they do to generate the report?

Each of the 130-plus governments who are members of IPBES can nominate scientists to be authors of the assessment reports that are produced. The expectation is that nominees will be experts in relevant areas, and most have doctoral or other advanced degrees, and real world experience in research or policy. Within the U.S., the Department of State manages the nomination process and asks relevant professional societies to nominate possible authors. I was nominated by the Ecological Society of America. The State Department then forwards the names they choose to endorse to IPBES. At that point, the IPBES secretariat has an advisory bureau that helps select the final authors from all country nominees, with an eye to achieving a balance of expertise, regional representation, and gender and other diversity considerations. The final Global Assessment writing team included 145 authors from 50 different countries.

For any assessment process, IPBES does not generate new data. Instead it is charged with assessing the state of science around issues related to biodiversity and ecosystem services. So the scientists search the academic peer reviewed literature and compile and evaluate that material to draw conclusions around the direction of trends in biodiversity decline or the effectiveness of different policies implemented to protect biodiversity. We met once a year over the past three years to provide drafts of the various chapters, and respond to two rounds of review comments that were received from governments and other expert reviewers to ensure the final report’s findings were robust.

How does the report relate to issues around climate change that have been in the news recently?

One of the tasks of the global assessment was to identify the main drivers of biodiversity decline and ecosystem loss. Evaluating the evidence, the report concluded that climate change is the third most important driver of ecosystem change, behind land use change and direct exploitation of nature (e.g. fishing or wildlife hunting). Last fall’s IPCC report focused on how to keep climate change to 1.5 degrees C. Our report went further by identifying what the losses to biodiversity would be if we failed to meet that goal, but also pointing out that some climate mitigation solutions, such as biofuels, can have very negative impacts on biodiversity because they may entail land use change (conversion of biodiverse forests to mono crop biomass plantations).

Why does the report focus on the idea of nature’s contributions to people? What are these and why are they important?

The Millennium Ecosystem Assessment in 2005 popularized the concept of ‘ecosystem services’ to describe the benefits that humans obtain from ecosystems—everything from food and timber to clear air and water. However, there have been critiques that the idea of ecosystem services is too economistic, and lends itself to the commodification of ecosystems, which is anathema to some communities. Starting in 2015, IPBES introduced a new related concept to ecosystem services, that of nature’s contributions to people (NCP), defined as contributions that nature provides to the quality of life of people. The concept of NCP has been proposed to embrace a wider range of values for nature, from intrinsic to instrumental to relational, particularly those held by indigenous and other peoples in their relations with nature. The IPBES report identified 18 major NCPs that we receive from nature, such as climate regulation or opportunities for learning, and noted that 14 out of 18 of these NCP are in decline globally.

How was the report negotiated with governments? What role did scientists like yourself play in this process?

The process requires member governments to come together with scientists who wrote the report based on evaluated evidence, and for both sides to come together in a plenary where the Summary for Policymakers section of the report is developed and approved. Any country can object to things in the draft report where they would like to see stronger underlying scientific evidence, or where they think there is insufficient attention to issues that are relevant to their country context. A small team of scientists who wrote the draft report attended the IPBES Plenary in Paris in early May to directly answer questions from governments about the findings of the report, and to provide our expert commentary on any additions that governments wanted to see added. For example, several governments suggested we include in the report certain policies for biodiversity they had specifically liked or used, but we scientists said in many cases we simply don’t have scientific evidence that those policies were effective for biodiversity, so those additions to the report would have been rejected. Similarly, some governments didn’t like some of the report conclusions, such as the evidence that expansion of biofuels is likely to cause biodiversity decline, since that finding may conflict with their country’s self-interest. In those cases where governments tried to tone down language, the scientists were there to defend our findings as robust.

Do the discussions around policies like the Green New Deal in the U.S. address the biodiversity loss that the report identifies? What more needs to be done?

The Green New Deal (GND) has been proposed as a framework to tackle climate change specifically, but there are some potential synergies with preventing biodiversity loss. While there is no specific bill with details that has been introduced in Congress yet, the GND proponents have identified some goals that they would like to see in the GND, like protecting and restoring 5 million acres of wetlands, which is likely to have a positive biodiversity impact assuming that restoration is done in ecologically sustainable ways. Sustainable farming and the prevention of soil loss is also a priority for the GND which resonates with the IPBES report findings.

Are there actions that individuals can take to make a difference for biodiversity decline?

Given that land use change is the primarily identified driver of biodiversity loss in the report, that means consumer decisions about what to eat play a crucial role. There are two clear things that individuals can do here. First, eat less meat. The expansion of pasturelands and increased grain production for livestock both degrades biodiversity and contributes to climate change. Second, reduce food waste. In the U.S. and globally we throw away around one third of the food that is produced. Eliminating that waste reduces the pressures to expand agricultural production.

Read the New York Times article about the IPBES report.