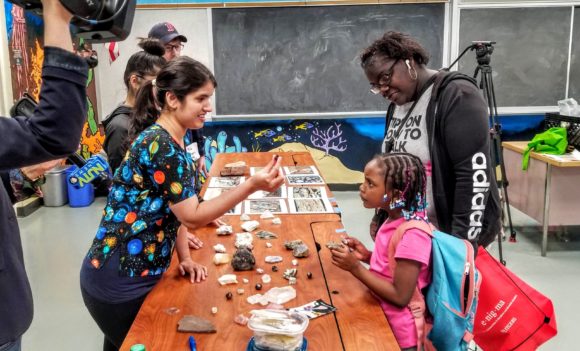 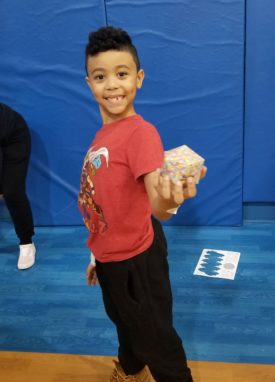 The ENIGMA (Evolution of Nanomachines in Geospheres and Microbial Ancestors) project, led by Rutgers scientists, launched its first interactive K-8 Family Science Nights, titled “Exploring Life on Other Planets,” on April 4 at the Greater Brunswick Charter School and April 10 at McKinley School in New Brunswick. Rutgers scientists involved in the Family Science Nights included researchers from Rutgers’ Astronomy and Physics Department, Proteomics, and the Rutgers Geology Museum. This project is part of a broader approach by Rutgers scientists to engage the community in science learning. The events were coordinated and co-sponsored by the Department of 4-H Youth Development, Rutgers Cooperative Extension and funded with support from NASA and a grant from AT&T. 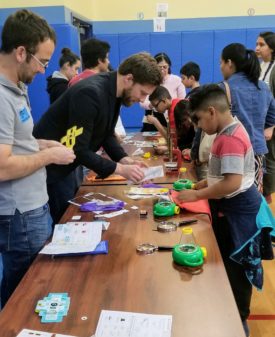 ENIGMA is supported by a five-year, approximately $6 million grant awarded by NASA in 2018. The project will help scientists unravel big questions like: What are the origins of life on Earth and possibly elsewhere? Among the goals of the ENIGMA project is developing a robust science education and outreach program to K-12 students via Rutgers Cooperative Extension.

This program sets out to inspire and engage the next generation of science-informed students. Family involvement in children’s science activities is linked to many benefits including improved homework completion, report card grades, achievement test scores and attitudes towards science. These benefits drive the need for school districts to continue to seek family involvement, in particular for children from urban communities.

The events centered on a relatable curriculum for the whole family through five different astrobiology-themed stations highlighting activities like comparing planet surface of Earth and Mars, tools to detect life on other planets, and building microscopes in order to study the building blocks of life. Students received a passport that guided their visits to each station and explained how each activity related to the main theme. Scientists from the ENIGMA project shared their experiences with this exciting and cutting-edge research in the hopes of inspiring young scientists in research.

The April 4 pilot program at the Greater Brunswick Charter School brought in over 150 students and families and was covered by New Jersey News 12. The April 10 event at McKinley School brought in approximately 50 families and students to engage in hands-on learning. Rutgers provided dinner for the students and their families at both events. Future plans for the fall include short-term afterschool clubs about astrobiology at both schools.

Take a look at the NJTV coverage.