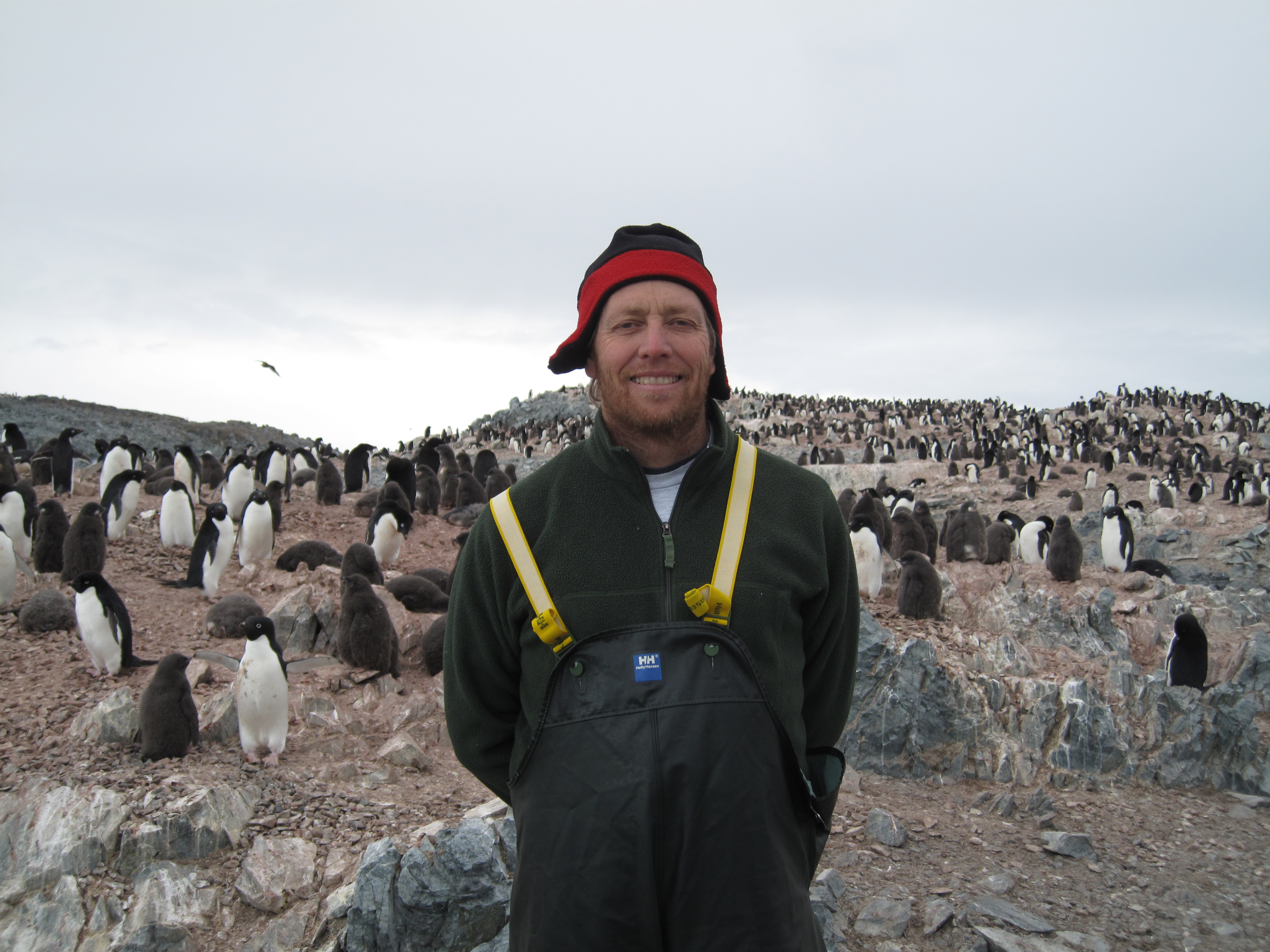 Oscar Schofield, chair and distinguished professor in the Department of Marine and Coastal Sciences, was honored with the 2019 G. Evelyn Hutchinson Award by the Association for Limnology and Oceanography (ASLO).

The award honors a limnologist or oceanographer who has made considerable contributions to knowledge, and whose future work promises a continued legacy of scientific excellence. Schofield was selected for transforming our understanding of the physical and chemical processes that govern marine phytoplankton physiology and ecology through the application of novel ocean observing tools, and for his skillful and enthusiastic leadership of the collaborative science necessary for addressing broad scale oceanographic challenges. The award was presented at the ASLO Aquatic Sciences Meeting in San Juan, Puerto Rico in February.

Schofield is widely known in the oceanographic community as a champion of autonomous underwater vehicles such as buoyancy driven gliders, which allow for unprecedented sampling of aquatic systems. Schofield has successfully utilized the capability of these technologies to sample at a higher frequency, higher resolution, and at a greater scale to address questions of phytoplankton ecology and the effects of climate change on habitats from coastal New Jersey to the open North Atlantic to the Southern Ocean off Antarctica.

In addition to his highly productive research career, Schofield has held key leadership roles in the community, chairing and serving on national and international steering committees for ocean observatories. He is regarded in the field as an enthusiastic and inspirational mentor, collaborator, and spokesperson for oceanography. The trans-Atlantic crossing of the RU Scarlett Knight glider, a key accomplishment of his career, was marked with fanfare on both sides of the Atlantic and is featured in the Smithsonian’s National Museum of Natural History. Schofield’s research was also showcased in the documentary film, “Antarctic Edge: 70 South”.

“I was quite humbled when I heard I had been awarded the Hutchison award from the American Society of Limnology and Oceanography,” said Schofield. “The award is named after George Evelyn Hutchinson who by many is considered the ‘father of modern ecology’.  He helped establish the award for those making significant contributions to ecology. It is honor to be used in the same sentence as Hutchinson.”

“Since graduate school, my interests have focused how physiology can regulate the ecology/diversity of marine microbes and in pursuing those interests I realized that progress has been limited often by not having the capability to sample the right scales in time and space to test ideas in the ocean,” Schofield explained. “This led to developing new tools (from satellite to radars to robots), with colleagues, to help fill these gaps.”

ASLO President Michael Pace said, “The Hutchinson Award emphasizes quality and innovation – two words easily applied to Schofield’s body of work. Through his contributions to methodologies and his leadership in the field, Schofield’s work will pave the way for many more discoveries. Schofield is richly deserving of this honor.”

About the Association for Limnology and Oceanography

ASLO is an international aquatic science society that was founded in 1948. For more than 60 years, it has been the leading professional organization for researchers and educators in the field of aquatic science. The purpose of ASLO is to foster a diverse, international scientific community that creates, integrates and communicates knowledge across the full spectrum of aquatic sciences, advances public awareness and education about aquatic resources and research, and promotes scientific stewardship of aquatic resources for the public interest. Its products and activities are directed toward these ends. With more than 3,500 members worldwide, the society has earned an outstanding reputation and is best known for its journals, interdisciplinary meetings, and special symposia. For more information about ASLO, please visit the website.