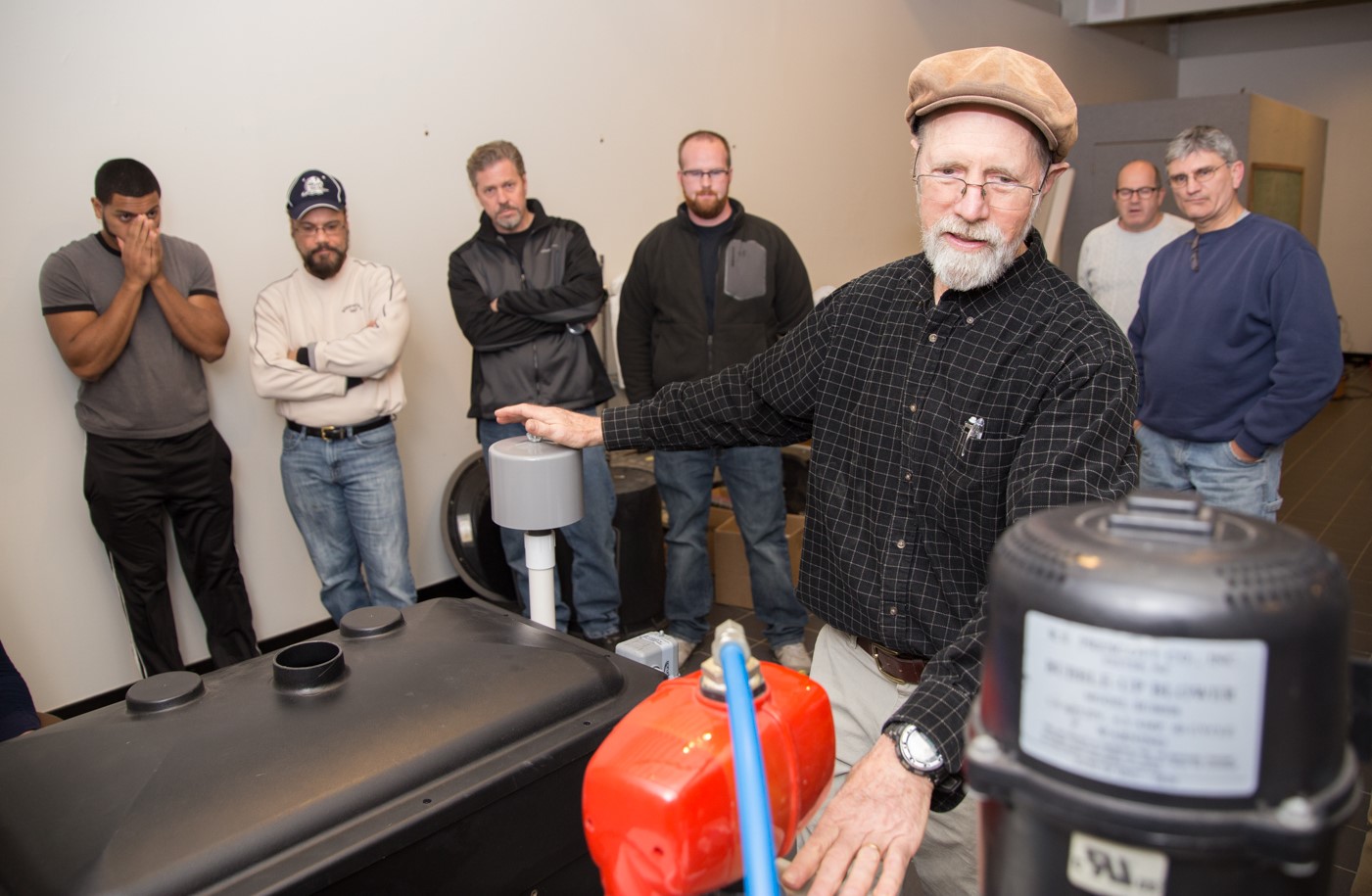 For Bill Brodhead, instructor in radon mitigation at the Eastern Regional Radon Training Center (ERRTC) at Rutgers Office of Continuing Professional Education since the early 1990s, there are two rules of thumbs regarding radon.

The first rule, which he delivers as a sarcastic quip, is “If you haven’t tested, you don’t have any radon.” The second he delivers with deadly and alarming simplicity, “If you do test for radon, you will find it everywhere.”

Radon is a radioactive gas that is invisible and scentless. Produced by decaying uranium, it is present in nearly all soils. Although low levels of radon are found in the air we breathe, long-term exposure to high levels of radon can cause lung cancer. According to the U.S. Environmental Protection Agency, radon is responsible for 21,000 lung cancer deaths each year and is the leading cause of lung cancer among non-smokers. 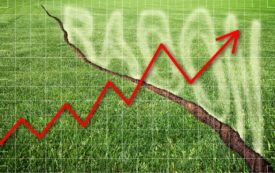 And the lead instructor in this intensive training program at the ERRTC is Brodhead, the “Godfather of Radon Mitigation” himself, thanks to his decades of experience working in the field.

But Brodhead came to the radon business quite by chance. In the early 1980s, he was building custom solar and super-insulated homes. During a solar power association event, one indoor air quality specialist mentioned the threat of radon. That was the first Brodhead had ever heard of the cancer-causing gas as, at the time, radon was not a well-known or well-understood public health risk. He tested one of his client’s homes and, sure enough, there were dangerously high levels of radon.

Fast-forward more than 30 years and Brodhead is now a leading proponent of radon awareness and an expert in radon mitigation. Not only did he install the very first indoor mitigation system in the state of Pennsylvania, he has since built and installed more than 10,000 systems worldwide. Over the years, he has conducted research to test alternate mitigation methods and find the most effective approach, including working with the Department of Energy on a study of 100 homes in New Jersey.

Even the U.S. Navy calls upon Brodhead when levels of radon have become dangerous in their military facilities around the world. When the Navy first contacted him about installing eight radon mitigation systems on a military base, Broadhead readily agreed, saying, “Great, where at?” This was soon followed by, “Guam? Where’s that?”

Brodhead rounded up a crew, collected the construction materials and after many logistical hurdles, which included getting shipping clearance for a giant cargo container and access to a U.S. military base, traveled approximately 2,000 miles to the tiny tropical island in the Western Pacific. For starters, getting to Guam takes hours of travel. “From the time you leave your house to the time you arrive, it’s about 27 hours,” Brodhead said. “It is a long transit time. Three flights!” 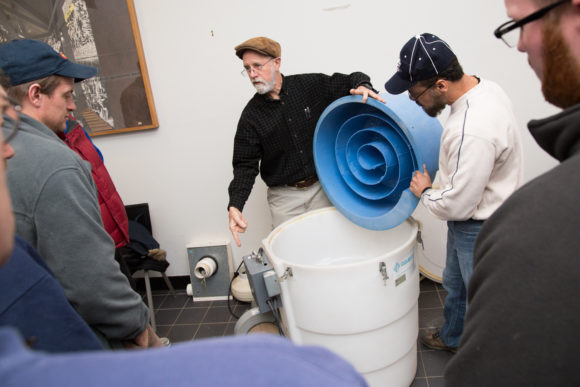 Bill Brodhead putting the radon mitigation class through its paces at the ‘radon slab,’ which is how the initiated refers to the training center.

A typical radon mitigation system includes a suction fan and PVC piping, but from Brodhead’s experience, engineering the systems in Guam is harder than in the U.S. because the buildings there are typically massive blocks of concrete.

“They are structurally built to withstand earthquakes and typhoons,” he explained. “The buildings are predominantly all concrete construction, with weatherproof doors and windows, which makes them extremely airtight.” With cement floors, walls and ceilings, running pipes up and to the outside of the homes involves a lot more wet-core, diamond-bit drilling.

Undaunted by the structural and logistical difficulties, Brodhead has returned to the Pacific each year to continue this life-saving work. He brings a team of four to eight people and they stay on the island for three to four weeks at a time.

“We get really organized and are able to install two systems a day.” At that rate, Brodhead calculates that he’s helped install approximately 800 systems in Guam over the past 20 years.

His international mission to protect people from radon hasn’t stopped there. “We also installed probably somewhere close to another 800 mitigation systems in Okinawa,” said Brodhead. The Japanese island is only 70 miles long and seven miles wide, yet it houses 32 U.S. military bases and 48 training sites.

Thanks to Brodhead’s tireless efforts globally, his frequent flyer miles keep growing even as indoor radon has been falling to safer levels in the places he’s mitigated over the years. And, lucky for those looking to learn how to professionally measure and mitigate radon, Brodhead returns to the Eastern Regional Radon Training Center at Rutgers three times-a-year to share his vast knowledge.