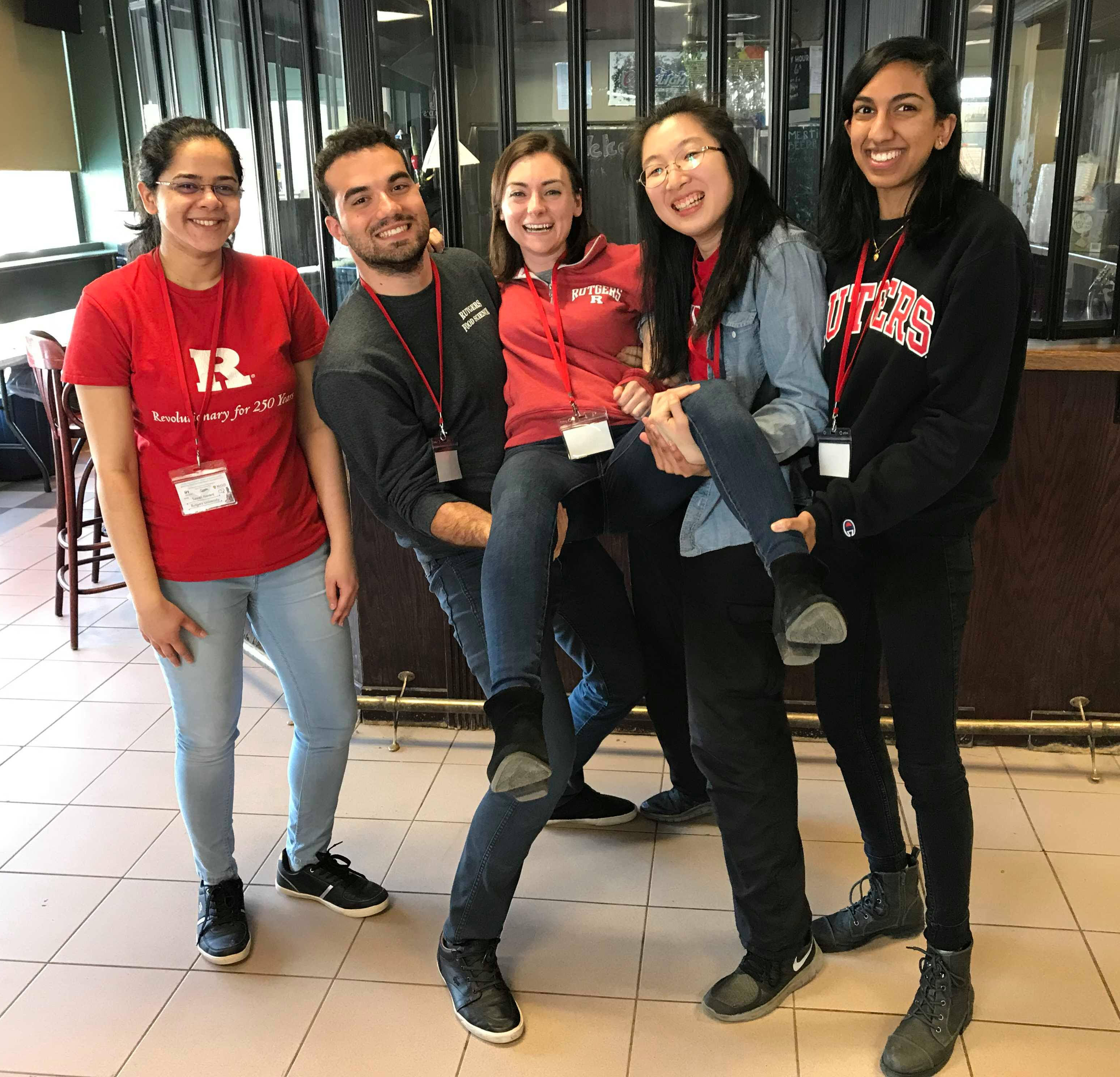 A team of food science students from Rutgers won third place at the College Bowl competition hosted by the Institute of Food Technologists’ Student Association (IFTSA) at its North Atlantic Area meeting held March 23-25 at McGill University in Montreal, Quebec, Canada. An annual event, College Bowl is a trivia-based competition focusing on all aspects of food science, from technical questions on chemistry, engineering, microbiology, and consumer science, to pop culture references in food and trending topics in the food industry.

The team was comprised of three undergraduate students from the Department of Food Science, Nelson Marques, Nicole Savio and Michelle Lo, along with master’s candidate Sawali Navare and doctoral candidate Regina O’Brien, enrolled in the Graduate Program in Food Science at Rutgers School of Graduate Studies.

The 2018 team had its best showing in recent years, according to O’Brien, who served as captain.

“Rutgers came in third place in the competition – a major accomplishment for the team and we hope to continue the momentum and clinch the trophy next year at the University of Maine.”

IFT student chapters are divided into eight geographical areas of the association, each of which hosts College Bowl competitions at its area meetings each year. The winning teams from the eight areas then compete in a final competition at the IFT’s Annual Meeting, which will be held July 15-18 this year in Chicago, IL. Rutgers, which is part of the North Atlantic area, competes against other top-rated Food Science schools like Cornell University and University of Massachusetts, Amherst.

Since 1985, the IFTSA College Bowl competition has been designed to facilitate interaction among students from different universities, stimulate the students’ desire to accumulate and retain knowledge, and provide a forum for students to engage in friendly competition.