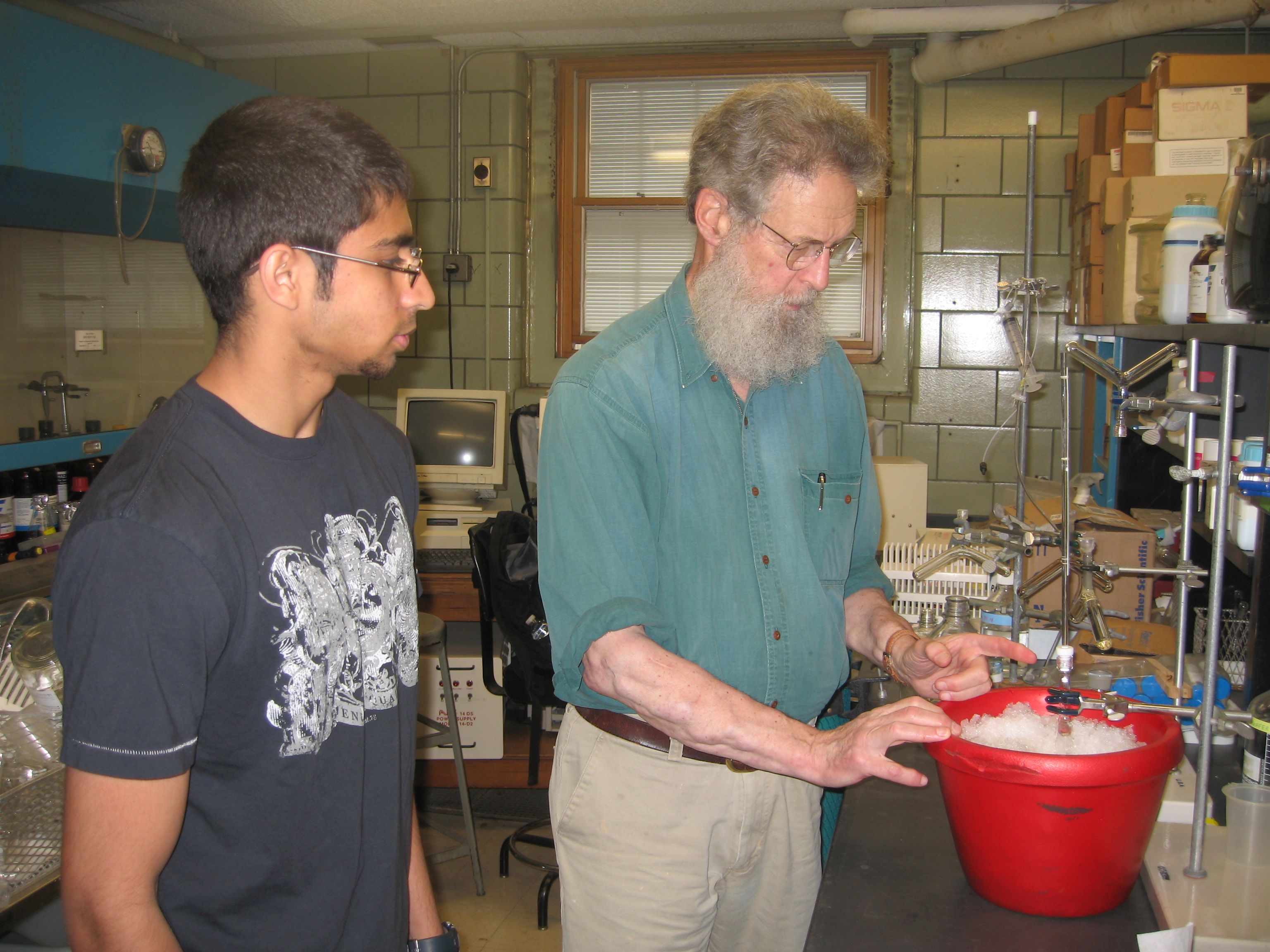 Prof. Peter Kahn is pictured here in 2011 showing student Ahmar Hashmi how to prepare samples to measure volume changes in his lab in Lipman Hall.

Peter Kahn, professor in the Department of Biochemistry and Microbiology, was recognized with the 2018 Clement A. Price Human Dignity Award “in recognition for distinguished leadership for over 40 years advancing social responsibility and forging intercultural collaborations including the global Bosnian Student Project.”

Kahn, a member of the faculty since 1976, served as the local coordinator for the Bosnian Student Project, a volunteer relief effort that placed students whose education had been disrupted by the wars in the former Yugoslavia in high schools and colleges throughout the U.S.  Sixteen students earned undergraduate degrees at Rutgers, and one, who entered with a master’s degree, earned her doctorate.  Several of the undergraduates went on to do graduate work.  The university provided tuition scholarships for these young people.  With help from colleagues, Kahn raised funds to cover all other expenses, and he found host families for each young man or woman.

The Human Dignity Award was renamed in 2016 in memory of Clement Price, a Board of Governors Distinguished Service Professor, in recognition of his humanitarian vision for unity and peace through inclusion and diversity. This award Clement is presented to faculty, staff, students and community partners in recognition of extraordinary achievement in their work and commitment to promoting and practicing diversity and inclusion at Rutgers University and in partnership with the broader community. Bestowed by the university Committee to Advance Our Common Purposes—a diversity and inclusion initiative of the Office of the Senior Vice President for Academic Affairs—the human dignity award has a long history of recognizing excellence in diversity, inclusion and equity.