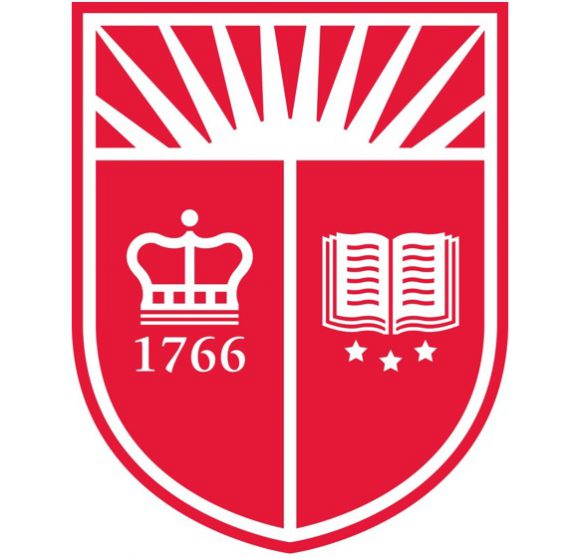 When alumni look back on their college days, what comes to mind? Almost always, it is a professor—or two or three—who inspired, challenged, encouraged, and generally helped students to succeed. Today’s new faculty at the School fill that role and go well beyond.

Well focused in their scholarly fields, our school’s new faculty members are entrepreneurial in how they approach scholarship and teaching, pushing ideas because of their passion for their work and dedication to succeed. As expressed by executive dean Bob Goodman, the new faculty are “driven to seek out and intersect with colleagues from other disciplines, departments, schools, institutions, and other parts of the globe. This creates an energy that transforms the student experience in the laboratory and the classroom.”

They gravitate to and embrace the concept of a sustainable future. To some, sustainability means discovery of science-based knowledge to advance human health or improve conditions on Earth. For others, it is critiquing past practices to find better solutions for the present and future. Featured in this issue of Explorations are four such faculty, all bringing leading-edge thinking into their labs and classrooms. 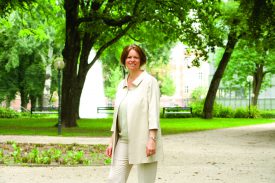 Though perhaps best known for her research on 19th and 20th century urban landscape gardens, Anette Freytag has recently turned her attention to applying contemporary tools to the age-old practice of landscape architecture. “Our general detachment from nature has coined too many of our past actions, and the result has been large suburbanized landscapes on one hand, and continuous natural disasters that originate in global warming on the other,” she says. According to Freytag, landscape architects may have a big role to play in where we go from here.

Her approach merges the tradition of shaping and preserving nature with of-the-moment technologies, used to work with the landscape rather than against it. “Landscape architects have the set of skills needed to lead interdisciplinary teams of engineers, urban planners, environmental scientists, and others,” she says, since they have broad knowledge of where and how plants grow, as well as how people respond to certain environments. “We need to move away from abstract planning decisions that are detached from what is really going on out there.” Ultimately, Freytag wants to harness the competencies of landscape architects to bring real change to our spaces. “We have made so many wrong decisions with urbanization because we didn’t pay attention to nature,” she adds. “Being in nature and collecting its fruits is not just for survival, because there’s always an aesthetic dimension that we need very much—and should get back to.” 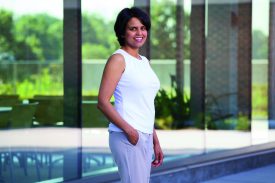 Plant phytochemicals are compounds that plants naturally produce to defend themselves against predators and environmental stressors. What if these compounds could also benefit humans?

As a postdoctoral fellow at Rutgers, Diana Roopchand was part of a team of researchers that published a study showing that grape polyphenols can positively affect metabolic health and gut microbiota of mice with metabolic syndrome, the precursor to type 2 diabetes. The team isolated polyphenols from Welch’s Concord grape pomace—so that the mice were ingesting just the beneficial compounds without the fruit sugar—and stabilized it on a protein-rich matrix. They found that, while the mice consumed an unhealthy high-fat diet, grape polyphenol supplementation decreased inflammation and improved overall metabolic and gut health. While this initial study took place over 12 weeks, Roopchand has since discovered that you can see positive effects after just two weeks of intervention.

Today, Roopchand is developing an independent research program about the possible benefits of dietary polyphenols for maternal obesity and gestational diabetes. It is her hope that these findings can translate into real-world nutritional applications. “If you can extract the beneficial compounds of fruits and vegetables and then stabilize them on a protein or fiber matrix, you can create healthy, low-sugar food ingredients,” she says. “An additional advantage is that polyphenols sorbed to protein are stable for up to a year at 37 degrees Celsius, unlike fresh fruit which has a short shelf life.” 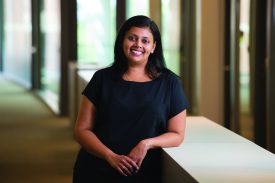 Though antioxidants do provide protection, it’s inevitable that oxidative species will react with cellular membranes, proteins, and fats to cause damage. It’s a natural part of life. If left unrepaired, this damage is thought to be at the root of everything from wrinkles to cancer. Harini Sampath’s research is focused on the oxidative damage of DNA, and how this damage may relate to the progression of metabolic diseases like fatty liver disease and type 2 diabetes. At the core of Sampath’s research is determining what happens to an organism when DNA is not repaired, and what happens when DNA is damaged in tandem with, for example, a high-fat or high-calorie diet. “Most human studies have looked at DNA damage as it relates to cancer, but we are starting to pay attention to the role it plays in metabolic disease,” she explains. “We see now that people who have a decreased ability to repair damaged DNA are also prone to diabetes and obesity. So, there’s a link there. “

Currently her focus is on the biochemistry, but the future could hold potential translational applications, including dietary antioxidants that could help boost DNA repair capacity. “The most exciting part of this research is that it bridges two different areas of inquiry,” she says. “There are people working on DNA damage, and there are people working on obesity and metabolism. But what I work on is showing that these two areas are connected to each other.” 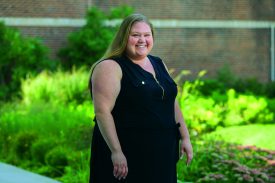 According to the Mayo Clinic, up to 15 percent of couples face infertility; and in about half of those cases, male infertility plays a role. On the flip side, men who are looking for an effective contraceptive method comparable to the female birth control pill have no options. Elizabeth Snyder’s work aims to address a fundamental question at the root of these two issues: how might germ cell biology yield solutions for male infertility as well as family planning?

Germ cells, cells that eventually give rise to sperm, express more proteins than any other tissue in the body. Snyder looks to discover the types of proteins that germ cells make, as well as how that generation of proteins is regulated. Thanks to support from the National Institutes of Health Pathways to Independence Award, she may be able to discover possible causes of human male infertility and apply her findings to potential contraceptive solutions.

The key, she says, is identifying proteins specific to germ cells alone. “You don’t want to target a protein also found in the skin and eyes, for example,” she explains. “If we can find proteins that are specific to germ cells, we can target them therapeutically either for contraception or fertility. Eventually, we may be able to develop single molecule inhibitors down the line—but that’s years and years away for now.”

Editor’s Note: this article originally appeared in the Fall 2017 edition of Explorations.