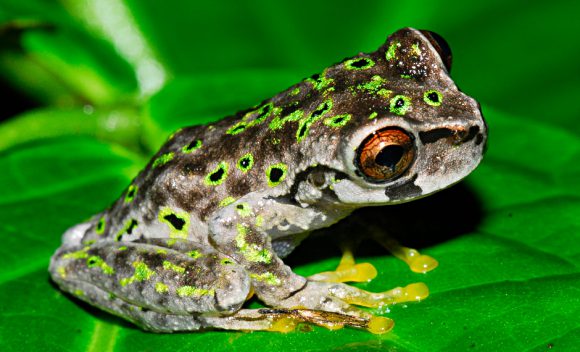 Alumnus Jonathan Kolby comes to the rescue of frogs in Honduras—and worldwide.

As a boy, alumnus Jonathan Kolby spent hours catching frogs in the woods near his Union, New Jersey, home. He’s still hunting for them, although his efforts these days take him to places like the wetlands of Nicaragua, Australia, Kenya, and Honduras, where Kolby CC’03 investigates evidence of the chytrid fungus, a pathogen that is wiping out amphibian populations. He is researching how the disease is spread, whether certain populations have developed a resistance, and how to help frog populations rebound. 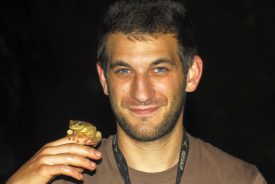 Veterinary medicines, Kolby points out, can cure chytrid in frogs in captivity, but juvenile frogs are particularly susceptible if re-exposed to the fungus in the wild. Kolby founded the Honduras Amphibian Rescue and Conservation Center, where young frogs are treated for chytrid infection and raised in a safe environment until adulthood before being reintroduced into the rainforest, when they are hardy enough to withstand the fungus. Amphibians are the “canary in the coal mine,” says Kolby, who splits his time between Seattle and Queensland, Australia, where he is working toward a Ph.D. at James Cook University. “Bats and now snakes are also suffering from emerging fungal diseases, but it appears that the frogs were the first group of animals to be severely impacted on a global scale.”