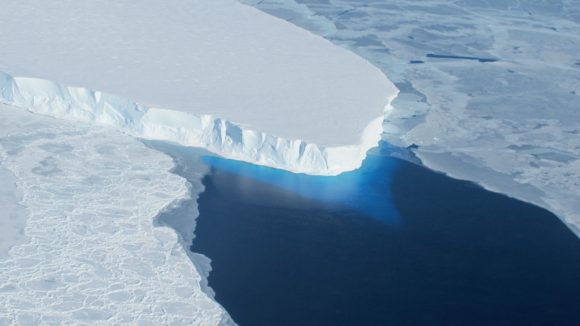 Ice loss from the Thwaites Glacier in the Amundsen Sea Embayment, West Antarctica, has doubled since the 1990s. The glacier appears to be collapsing due to marine ice-sheet instability. Photo: NASA.

Scientists should have a much better understanding in a few decades how high the sea level could rise, Rutgers-led study says.

It may take until the 2060s to know how much the sea level will rise by the end of this century, according to a new Rutgers University–New Brunswick-led analysis. The study is the first to link global and local sea-level rise projections with simulations of two major mechanisms by which climate change can affect the vast Antarctic ice sheet.

The Earth faces a broad range of possible outcomes with climate change. At the less severe end, 2 feet of global-average sea-level rise by 2100 would submerge land that’s currently home to about 100 million people. Toward the high end, 6 feet of rise would swamp the current homes of more than 150 million. Either scenario would have drastic impacts in New Jersey and other coastal states.

But the study, published today in Earth’s Future, finds that scientists won’t be able to determine, based on measurements of large-scale phenomena like global sea level and Antarctic mass changes, which scenario the planet faces until the 2060s. So coastal communities should have flexible contingency plans for a broad range of outcomes by 2100 and beyond, the study concludes. 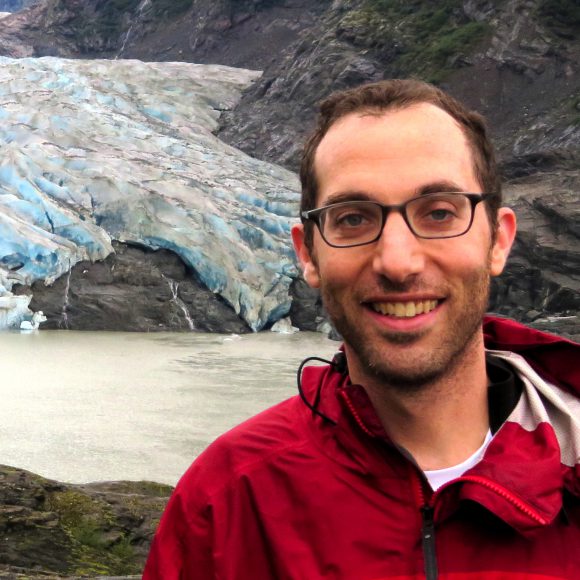 “There’s a lot of ambiguity in post-2050 projections of sea-level rise and we may have to live with that for a while,” said Robert E. Kopp, the study’s lead author, associate director of the Rutgers Energy Institute and a professor in the Department of Earth and Planetary Sciences. “We could end up with 8 feet of sea level-rise in 2100, but we’re not likely to have clear evidence for that by 2050.”

The world can make lower sea-level rise outcomes much more likely by meeting the 2015 Paris Agreement goal of bringing net greenhouse gas emissions to zero in the second half of this century, the study shows. Scientists may also become able to distinguish between different scenarios sooner by studying the physics of local ice-sheet changes and refining reconstructions of changes during warm periods in geological history.

Sea-level rise poses a potentially existential risk to Earth’s low-lying cities and coastal areas, so any projected increase needs to be taken seriously by planners, environmental officials, property owners and others, said Kopp, director of Rutgers’ Institute of Earth, Ocean, and Atmospheric Sciences. In addition to permanently submerging coastal land, sea-level rise will make the flood damage from hurricanes and nor’easters worse in the future, he said.

“You should plan for 2050, while also considering what options to follow under more extreme scenarios after 2050,” said Kopp, who also co-directs Rutgers’ Coastal Climate Risk & Resilience (C2R2) initiative.

Might a process called “hydrofracturing,” implicated in the 2002 breakup of the Larsen B ice shelf on the Antarctic Peninsula, leave broad swaths of the Antarctic coast with 300-foot tall cliffs of ice exposed to the open ocean and subject to collapse under their own weight? If so, the interaction between hydrofracturing and ice-cliff collapse could drive global sea level much higher than projected in the Intergovernmental Panel on Climate Change (IPCC)’s 2013 assessment report and in a 2014 study led by Kopp. 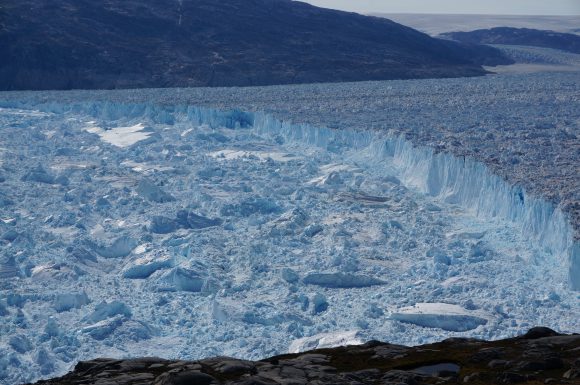 “The widespread loss of Antarctic ice shelves, driven by a warming ocean or warming atmosphere, could spell disaster for our coastlines – and there is sound geological evidence that supports what the models are telling us,” said Robert M. DeConto of the University of Massachusetts Amherst, a co-author of the study and one of the developers of the ice-sheet model used.

“We’re making progress, but we still don’t know exactly when these processes might kick in, and how fast sea level might rise if they do. The ice shelves are the key. They hold back the flow of Antarctic ice toward the ocean, so we don’t want to lose them. The problem is, they don’t last very long when they are sitting in warm water or if they are covered with summer meltwater, so keeping global temperatures in check is critical,” DeConto added.

“Our previous study, like the IPCC, found that global sea-level rise in a high-emissions future would likely be between 2 and 3.5 feet by 2100. Linking in the physical model with marine ice-cliff instability raises that range to 4 to 7 feet,” Kopp said. “By contrast, marine ice-cliff instability doesn’t have much effect if we meet the Paris Agreement emissions goal. That keeps the likely global rise to about 1 to 3 feet.”

“If we end up in a world with 2 or 2.5 meters (6.6 to 8 feet) of global sea level rise in 2100, that’s a lot to adapt to,” Kopp added. “That necessitates taking a flexible approach, where possible: building for the half foot to 1.3 feet of sea-level rise that are likely by 2050, while plotting out options that will depend on what we learn in the next few decades and how sea level rises beyond that.”

Kopp, who is a director of the Climate Impact Lab, a multi-institutional collaboration advancing the state of the art in assessing the economic risks of climate change, has authored a Climate Impact Lab Insights post with a more detailed explanation of the Earth’s Future study.

Editor’s Note: Robert Kopp is associate director of the Rutgers Energy Institute, member of the Institute of Earth, Ocean, and Atmospheric Sciences and the Rutgers Climate Institute, and a professor in the Department of Earth and Planetary Sciences. This article originally appeared in Rutgers Today.