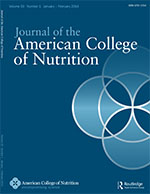 A new study out of the Rutgers Center for Health and Human Performance at the New Jersey Institute for Food, Nutrition, and Health supports the notion that it is possible to gain muscle and lose fat simultaneously when in a caloric deficit if high intensity resistance training and sufficient protein are included. Other improvements were seen in fasting glucose, cholesterol, and hip circumference.

The paper, titled “The Combined Effects of Exercise, Diet, and a Multi-Ingredient Dietary Supplement on Body Composition and Adipokine Changes in Overweight Adults,” was published in the Journal of the American College of Nutrition in November.

While few weight and fat loss supplements undergo finished-product research to examine efficacy, the research also investigated whether or not a commercially-available supplement purported to enhance weight loss had an additional impact.

Overall, the major impacts were seen as a result of exercise and diet, with the supplement having some minor synergistic effects. The improvements appeared to be greater in women who consumed the supplement. There also appears to be a potential effect on adipokines (increased adiponectin and decreased leptin and resistin), which was more pronounced with the supplement group. Changes seen in the adipokines may have occurred due to increased leptin sensitivity, or decreases in fat tissue mass.