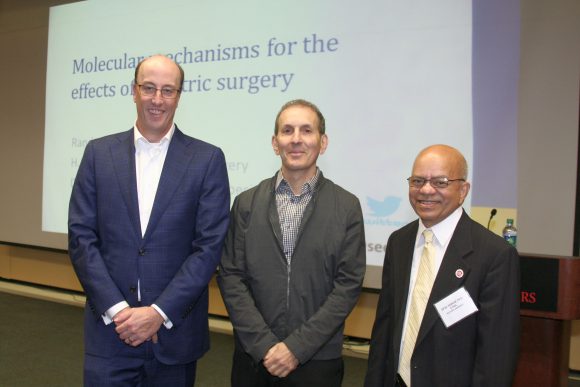 By Jeannette Mullins and Kathy Manger, Department of Animal Sciences

“Gut and Metabolic Disease” was the theme of the 10th Annual Pioneers in Endocrinology Workshop held on October 11 at the Busch Student Center.

Dipak Sarkar, director of the Rutgers Endocrine Program and distinguished professor in the Department of Animal Sciences, welcomed over 100 participants. 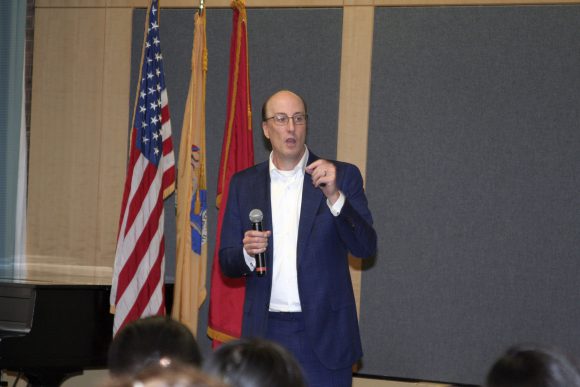 Following the opening statements at this year’s workshop, Sue Shapses, professor in the Department of Nutritional Sciences and director of the New Jersey Obesity Group, introduced the first speaker, Randy J. Seeley, Ph.D.  Seeley is the Henry King Ransom Endowed Professor of Surgery at the University of Michigan Medical School.  His scientific work has focused on the actions of various peripheral hormones in the central nervous system that serve to regulate food intake, body weight, and the levels of circulating fuels.

His presentation was titled “Bariatric Surgery: It’s not what you think it is.  Molecular underpinnings of surgical effects on obesity and diabetes.” He emphasized that both types of bariatric surgery (Roux-en-Y gastric bypass and vertical sleeve gastrectomy) produce significant weight loss in both humans and rodents and both result in profound metabolic improvements that exceed the effect of weight loss alone.  A question-and-answer session following this talk was led by Larry Katz, professor in the Department of Animal Sciences and director of Rutgers Cooperative Extension. 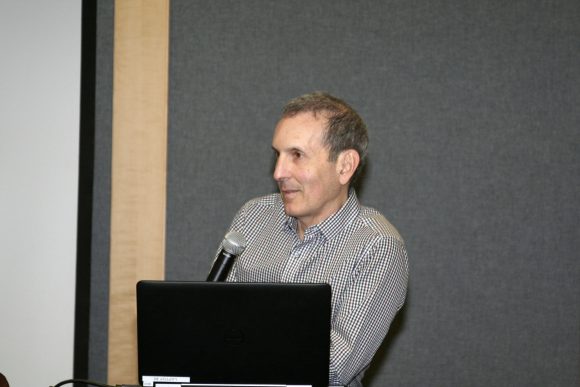 Daniel Drucker, senior scientist at the Lunenfeld Tanenbaum Research Institute of Mt. Sinai Hospital and professor of Medicine at the University of Toronto.

Louis Amorosa introduced the second speaker, Daniel J. Drucker, MD, FRS, FRCP.  Drucker is a senior scientist at the Lunenfeld Tanenbaum Research Institute of Mt. Sinai Hospital and professor of Medicine in the Division of Endocrinology, Department of Medicine at the University of Toronto.  Drucker’s research focuses on developing treatments for diabetes, obesity, and intestinal disorders.

His presentation, “Therapeutic innovation for metabolic disorders—the enteroendocrine cell shines,” highlighted the discovery, actions, and indications for treatment with glucagon-like peptides in patients with diabetes mellitus and short bowel syndrome.  Following this talk, Carol Bagnell, professor in the Department of Animal Sciences, led a question-and-answer session, which was followed by a luncheon. 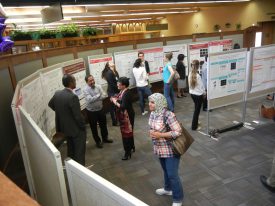 The afternoon featured 40 posters reporting state-of-the-art endocrine research being conducted at Rutgers and other universities.

Industry sponsor Bioactives was represented at the workshop and hosted a display booth by the Fireside Lounge of the Busch Student Center. Its financial contribution to the workshop was much appreciated, especially by the student attendees who enjoyed a free lunch.