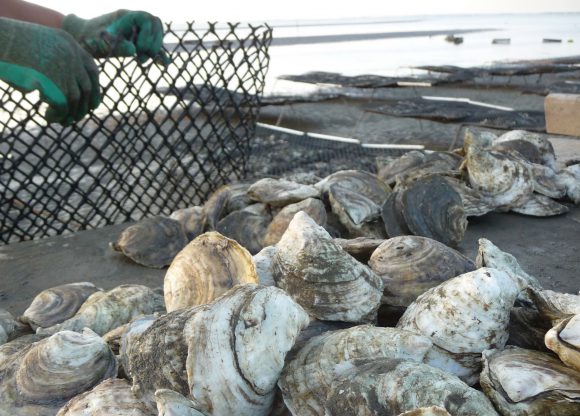 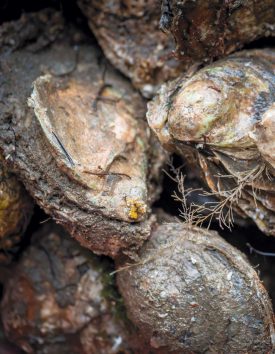 In this piece, Edible Jersey describes the oyster as Jersey’s mascot and a powerful environmental steward. It chronicles the rise, and fall, and rise of the Delaware Bay Oyster, aquaculture development, the problems the industry faces due to climate change and the part played by the Haskin Shellfish Research Laboratory.

Corinne Ruff, director of the documentary The Oyster Farmers, says nothing better represents New Jersey. Indeed, were we to choose a mascot for environmental advocacy, the oyster may be the ideal candidate. Low-impact by nature, oyster farming offers great potential as human populations surge. “It’s a green production system at a time when our fishery production is going flat,” says Lisa Calvo, oyster farmer and Rutgers aquacultural extension program coordinator. “We don’t tend to think about that here in the US, but globally it is going to provide an important food source.” 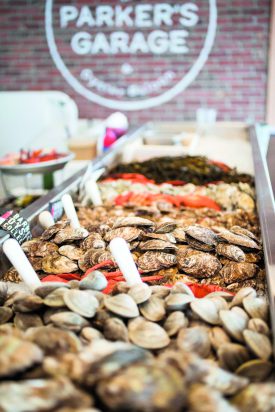 Barnegat Bay, tells the tail of a watershed. And despite the bad rap that Jersey frequently get, Jersey oysters are in demand.

“Anybody who has ventured beyond the industrial corridor of I-95 knows that there are some really beautiful areas in the state,” says Dr. David Bushek, director of the Rutgers Haskin Shellfish Research Laboratory. “That extends into the estuaries and the coastal waters of the Atlantic.”

And it’s in the estuaries, coastal waters and bay that the story of this ‘healthy market’ for oysters begins and ends…along with a team approach, by Barnegat Oyster Collective, the state Bureau of Shellfisheries and the HSRL, to solve problems. 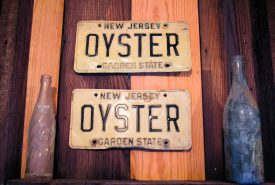 HOW RUTGERS REVITALIZED AN INDUSTRY

At the turn-of-the-19th-century oyster harvests at the docks along the Delaware Bay ranged from 1 million to 2 million bushels and transformed baymen into millionaires. This remained steady through the 1950s. Then a series of diseases decimated the oyster population.

If it weren’t for the late Harold H. Haskin, and his successors at the Haskin Shellfish Research Laboratory at the Rutgers Institute of Marine and Coastal Sciences, no one would be enjoying these delicacies at their local raw bar. Through selective breeding and innovation, which continues at Rutgers today, along with increasing support for a growing aquaculture sector, the HSRL researchers have developed sophisticated stock, including seedless oysters.