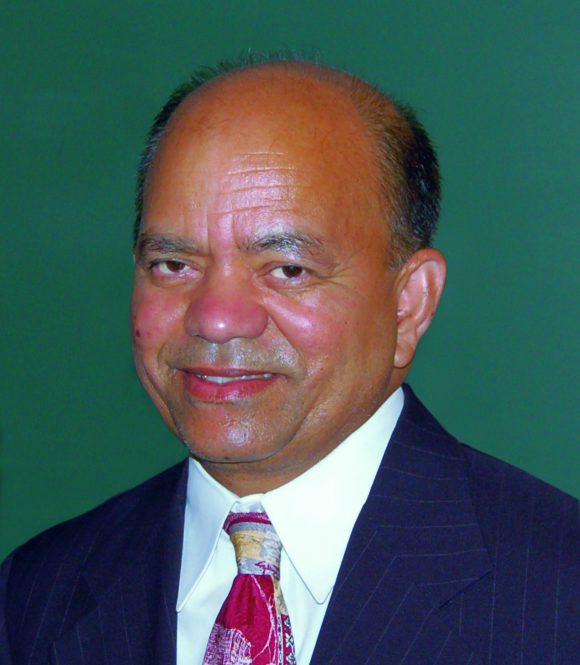 Dipak Sarkar, distinguished professor in the Department of Animal Sciences.

Dipak Sarkar, distinguished professor in the Department of Animal Sciences and director of the Endocrine Program at Rutgers, was awarded the 2017 Distinguished Researcher Award by the Research Society on Alcoholism (RSA).

Director of the Biomedical Division of the Rutgers Center of Alcohol Studies, Sarkar’s work on the impact of excessive alcohol intake on endocrine and neuroendocrine regulation of cell function and metabolism was considered seminal by the awards committee.

His use of fetal alcohol exposure leading to neuronal death has been expanded to include many diverse areas of alcohol pathology, including its influence on promoting breast, prostate, and liver tumors, as well as brain dysfunction. Identification of mechanisms of alcohol’s role in focal apoptosis has led to efforts to identify treatment. 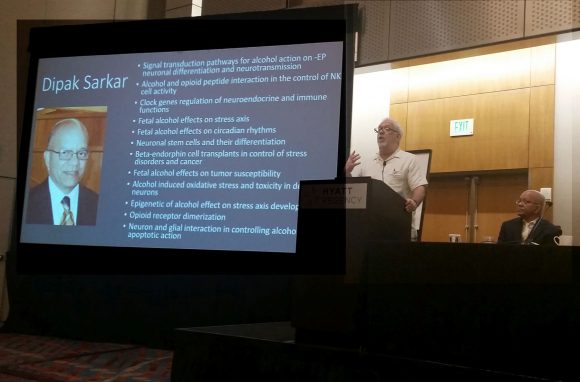 According to the committee, “of particular significance and novelty is his work in epigenetics.” The committee, in reaching a unanimous decision to recognize Sarkar with the distinguished researcher award, singled out his discovery that high stress hormone levels in mothers exposed to alcohol preconception appear to affect the expression and epigenetic profiles of genes that play a role in regulating central stress responses.

The RSA provides a forum for communication among those currently doing research to understand the cause for alcohol use disorders and develop treatment to cure these disorders. Its current membership of over 1,800 is drawn from countries around the globe, with the majority from the U.S.