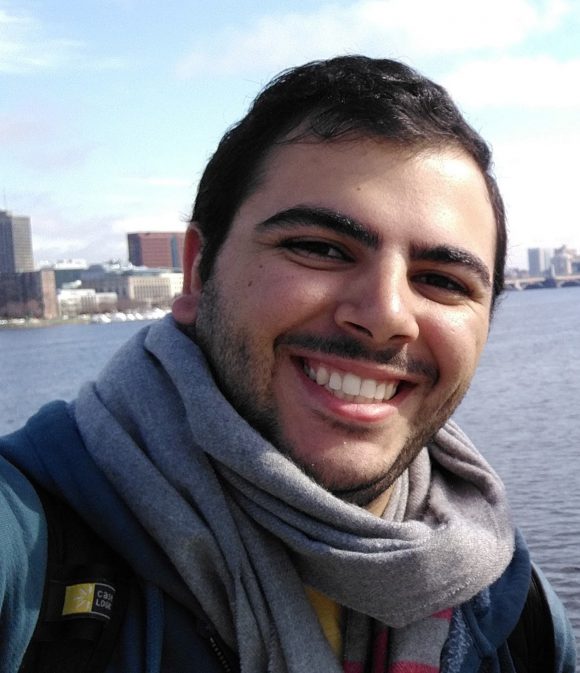 Chris Wakim (SEBS’17) faced an uncertain future when his parents’ high school graduation gift—a trip to the United States—brought him to New Jersey. The pro-democracy movement in Egypt made life there unsafe and Wakim saw no future for himself as far as a career was concerned.

The political instability forced his parents to make a difficult decision while they were visiting the US: to leave everything behind and remain in New Jersey. But it was a decision that led to many opportunities and honors for Wakim. Wakim graduates this month with a double major in microbiology and the biotechnology concentration in bioinformatics.

Wakim’s academics are very strong. This George H. Cook scholar, however, is a very well-rounded young man. In Egypt he was an actor, a photographer and journalist and a member of the choir at his church. Here, at Rutgers, Wakim has served as a member of the Rutgers University Senate and the Governing Council at the School of Environmental and Biological Sciences. He also served in the SEBS Pre-Medical/Pre-Dental Society and was the only undergraduate on the Rutgers commencement committee, among other activities.

Read more about this undergraduate ‘everyman’ and all of his accomplishments at Rutgers Today.