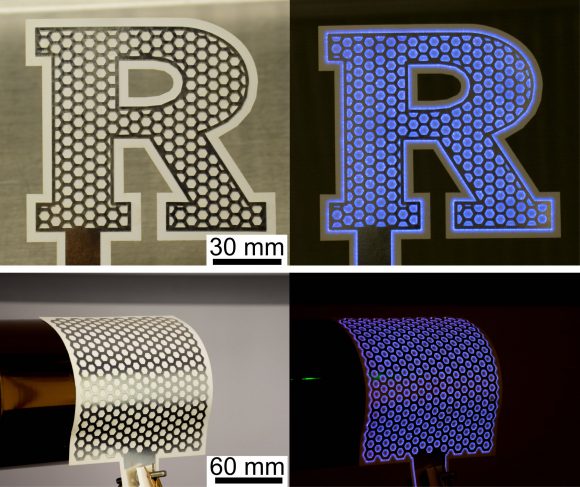 Imagine wearing clothes with layers of paper that protect you from dangerous bacteria. A Rutgers-led team has invented an inexpensive, effective way to kill bacteria and sanitize surfaces with devices made of paper, which has unique attributes for high-tech applications.

SEBS Department of Plant Biology and Rutgers Department of Mechanical and Aerospace Engineering worked with the University of Florida to construct this specialized paper, made with thin layers of aluminum and hexagon/honeycomb patterns. The motivation for this research and technology was to create personal protective equipment that might contain the spread of infectious diseases, such as the devastating 2014 outbreak of Ebola in West Africa.

The hope is that paper-based sanitizers may be suitable for clothing that sterilizes itself, devices that sanitize laboratory equipment and smart bandages to heal wounds, among other uses.

“Preliminary results showed that our sanitizers can kill spores from bacteria, which are hard to kill using conventional sterilization methods,” said Qiang (Richard) Chen, study coauthor and a doctoral candidate in the Department of Plant Biology in Rutgers’ School of Environmental and Biological Sciences.

“Our next phase is to vigorously test how effective our sanitizer system is in killing spores,” said James F. White Jr., study coauthor and professor of plant pathology in the Department of Plant Biology.

Read more about the study in Rutgers Today.