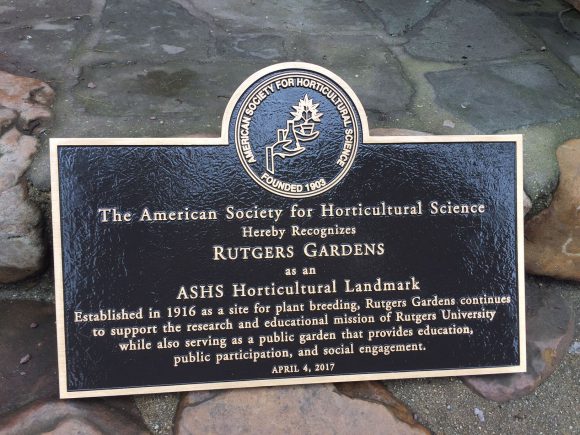 Rutgers Gardens was presented with a Horticultural Landmark Award by the American Society for Horticultural Science (ASHS) on April 4 at the Log Cabin on the grounds of the Gardens. The ASHS president John Dole and ASHS Executive Director Michael Neff presented a brass commemorative plaque to dean Bob Goodman, chairman of the Rutgers Gardens Advisory Board, Bob Lyons, dean of Agriculture and Urban Programs Laura Lawson, and Rutgers Gardens director Bruce Crawford. 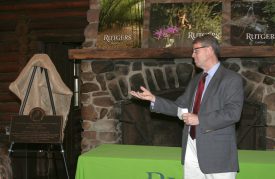 “It certainly raises the profile of Rutgers Gardens as a leading public garden in New Jersey and the region,” he added.

A largely self-sustaining operation, Rutgers Gardens is one of the few botanical gardens in the U.S. that does not charge an entrance fee. It hosts a wide range of public activities to help provide support for the care of over 180 acres of both maintained and natural areas.