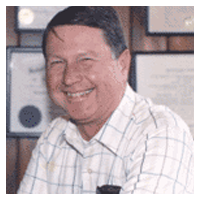 David A. Meirs, alumnus and former chair of the Rutgers University Board for Equine Advancement, passed away on March 27, 2017. He was 87. Services were held on April 1 at the Crosswicks Meeting House, Chesterfield, N.J.

A Rutgers alumnus, Meirs was heavily involved in the growth and development of Rutgers’ equine science program and the Rutgers Equine Science Center. He was one of the founding board members of the Rutgers Equine Advisory Board, later to be renamed as the Rutgers University Board for Equine Advancement. Among his many university-related honors, Meirs received the George H. Cook Distinguished Alumni Award in 2000.

Read more about Dr. David A. Meirs at In Memoriam.

You can also read about Dr. Meirs at NJ.com and in an article that discussed the honor bestowed upon him in 2007 by the Equine Science Center.