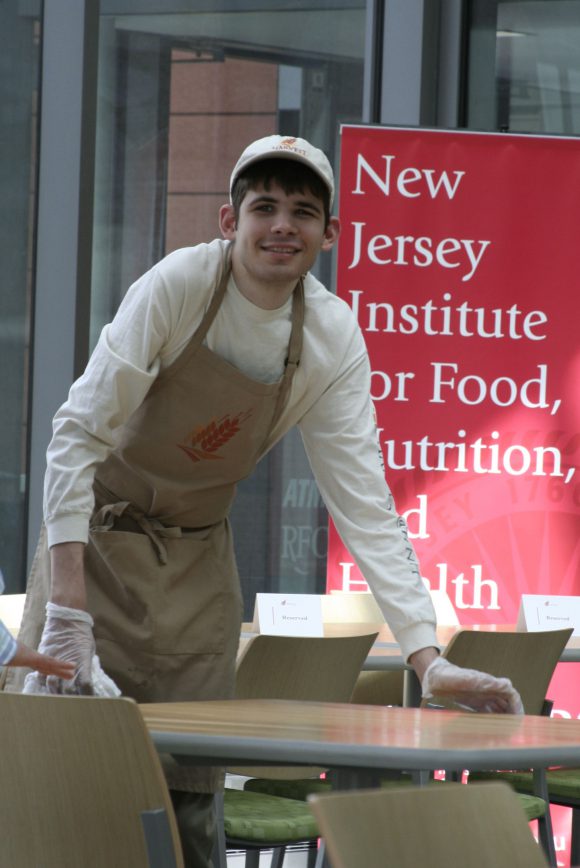 Craig Lillard, 23, of Princeton, New Jersey, is the first adult in the Rutgers Center for Adult Autism Services (RCAAS). The Center plans to offer adults with Autism Spectrum Disorder (ASD) a one-of-a-kind support program that makes an independent and fulfilling life possible. Part of that includes job placement. And that’s where we met Craig, on the job at Harvest Café in the New Jersey Institute for Food, Nutrition, and Health.

Craig began working at Harvest Café through the RCAAS about two months ago. He’s never held a job before and his mother, Amy, says, “It’s a life-changer for him.” 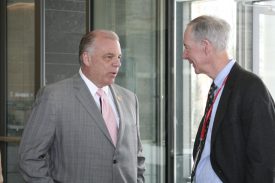 “We are pleased the IFNH can provide Craig with such an important growth opportunity! Harvest Café is so much more than a food service court, it’s a community hub, a place where people learn not only how to eat well, but how to live well too…” say Gillies, the IFNH’s founding director.

Chef Ian Keith remarked, “The professional and student staff and I wish that we possessed as much zeal each and every day as Craig does. It simply puts a better light on everyone’s day when he arrives!”

RCAAS, which will be located on Douglass Campus has ambitious plans: A workday program that will support 50-60 adults and a pilot residential program for 20 adults who will work on campus and live alongside Rutgers graduate students in an apartment-style residence.

New Jersey State Senate President Stephen Sweeney came to Rutgers University on April 14 to learn about plans for RCAAS, to present a proclamation to Suzanne Buchanen, executive director of Autism New Jersey and to meet Craig, who was working his shift and cleaning tables. 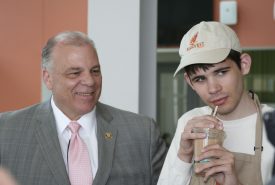 Sweeny told center staff and advocates from Autism New Jersey that it was important to change expectations about these adults because they have value and because they are frequently not seen that way. He congratulated RCAAS and Harvest Café for taking the lead on this and acknowledged the fact that there is a lot of work to be done. 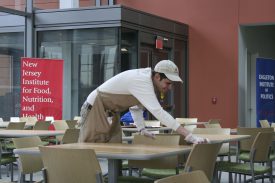 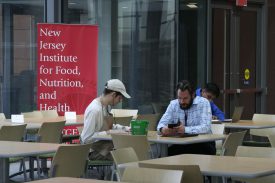 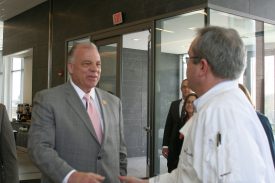 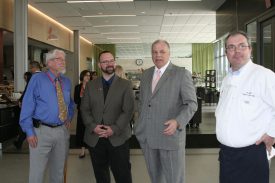 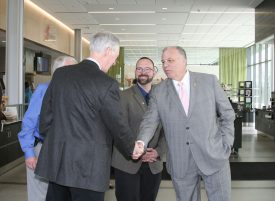 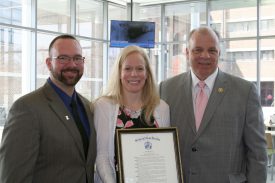 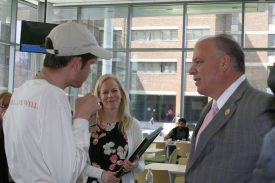