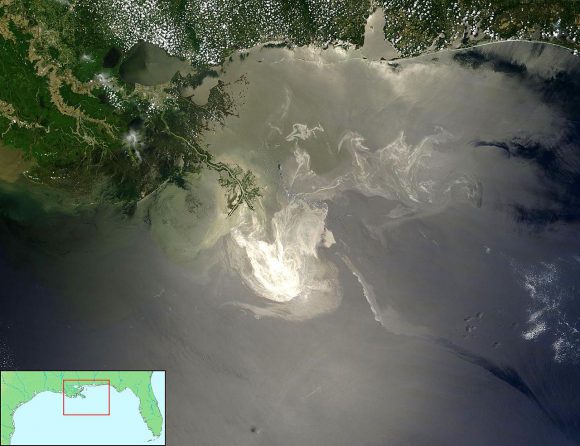 Oil from the Deepwater Horizon spill moves toward Barataria Bay, in the lower center of the photo, in 2010. Photo: U.S. Department of Defense. 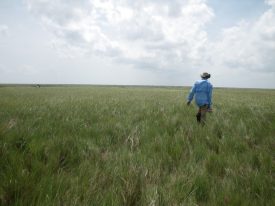 Until now scientists didn’t know which kinds of animals were most affected and what impact their collective fates had on the food chain after the offshore oil rig Deepwater Horizon exploded in 2010 and dumped 4.9 million barrels of oil into Louisiana’s salt marshes.

A new study from a Coastal Waters Consortium team of researchers led by Rutgers University postdoctoral researcher, Michael McCann, has found which birds, fish, insects and other animals affected by the Deepwater Horizon explosion should be given top priority for conservation, protection and research. The study was published in Frontiers in Ecology and the Environment

“There were lots of studies about who eats whom, and about what species are sensitive to oil,” says Olaf Jensen, assistant professor of the Department of Marine and Coastal Sciences, and co-author of the study. “We put those together and asked, ‘Who is both important in the food web and really sensitive to oil?’”  These are the species most in need of protection because their loss can have ripple effects throughout the food chain, said Jensen. 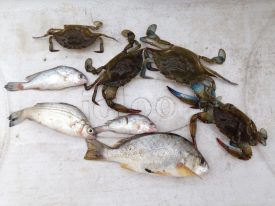 Researchers found that some species of fish seem to have weathered the disaster. The fate of blue crabs, like those seen here, is less certain and will require more research. Photo: Michael Polito, Louisiana State University.

The study found that killifish played a key role in the food web and fared relatively well in the wake of the spill. Researchers determined that terns, gulls and wading birds, such as herons, were both sensitive to oil and so extensively connected to other animals as prey and predator that their loss would impact other species in the food chain. The blue crab was identified as one of the most important species in the Louisiana salt marshes because they eat or are eaten by nearly every other animal in this environment.

This collaborative Coastal Waters Consortium effort was made possible by a grant from the Gulf of Mexico Research Initiative (GoMRI).