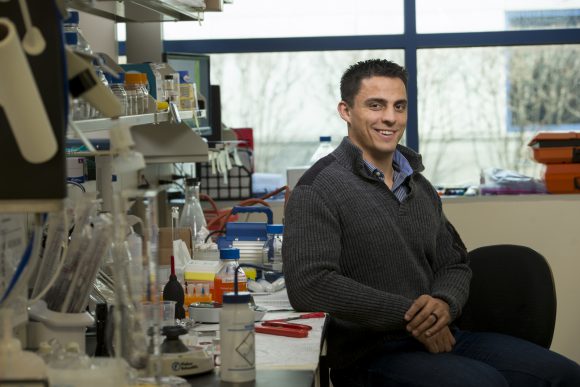 Editor’s Note: this article was originally published in Rutgers Today.

The 600 women and men selected to represent the country’s most important young entrepreneurs, creative leaders and industry stars in a number of fields, were chosen from an initial screening of more than 15,000 candidates.

Johnson, a 27-year-old scientist, was selected for his role in starting Visikol Inc., a student-run biotech company that allows scientists to view tissues in 3-D space as opposed to the traditional 2-D slices. The new scientific platform – which renders tissues transparent – will make it easier to identify cancers like prostate and breast in body tissue samples. It is being used by over 160 researchers in the United States and Europe. John is the company’s CEO.

The discovery of the bio-imaging technique and the inspiration to take on the business venture got its start in a plant biology class at Rutgers. Tom Villani, another Rutgers doctoral student who would become the company’s chief scientific officer, was working with faculty advisers, including Jim Simon, a Rutgers distinguished professor of plant biology. The scientists were looking for a chemical agent that would allow for the microscopic visualization of plants that was safer and more accessible than traditionally used chloral hydrate, a highly regulated narcotic with a long history of abuse that is difficult to obtain.