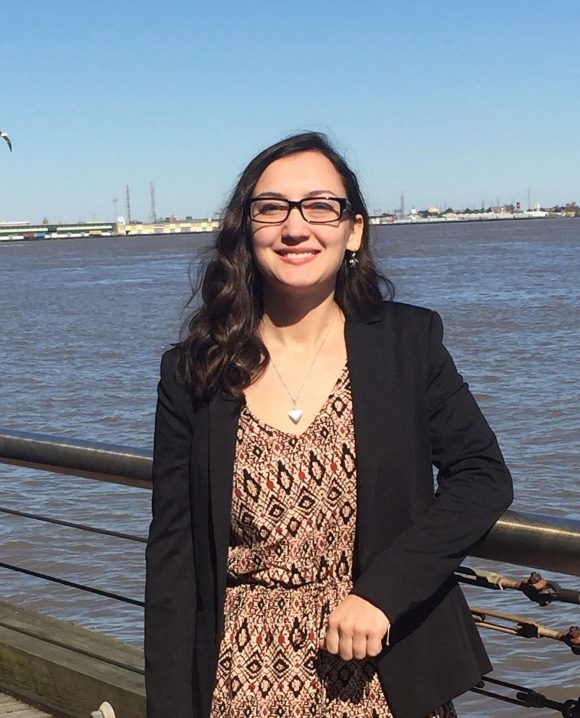 Checking the weather forecast is a morning ritual for most people. It’s pretty easy to tell when folks may not have checked on that forecast of a 70% chance of rain showers that day when they walk outside in a cotton shirt, using their binder as an umbrella. While it may take only seconds to check the weather, it requires several years of higher education to learn how to properly research, map and predict weather cycles.

Meteorology is the study of the atmosphere and requires skills in calculus and programming as well as solid public speaking skills, which are needed to present one’s research or the morning forecast.

This summer, Stansfield participated in a leadership workshop at the National Center for Atmospheric Research (NCAR) in Colorado where she was able to conduct group work with other gifted meteorology students. Twenty different schools were represented at the weeklong program held during the last week of May which was designed to expose students to the variety of career options available in meteorology. Students had to be nominated by faculty members in order to submit an application to the workshop. 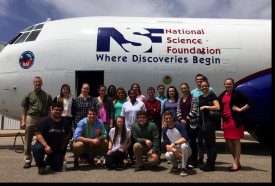 The leadership workshop gave Stanfield and other student participants a chance to interview scientists in order to understand a day in the life of an atmospheric scientist at NCAR. “The most valuable part of the workshop was speaking with the scientists and understanding their personal journeys,” said Stansfield.

Stansfield spent the summer before her senior year enriching her repertoire. She interned at the Geophysical Fluid Dynamics Laboratory in Princeton, working under Dr. Xiaosong Yang on extra-tropical storms and how they are projected to change with climate change. The internship ran for nine weeks and she worked in the laboratory five days a week, conducting a lot of programming important to her research and presenting it to colleagues and professionals. 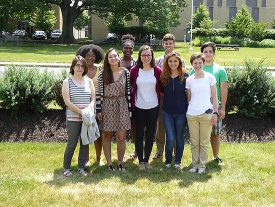 She applied to the internship in March by submitting her curriculum vitae (CV), which is an academic portfolio, and a personal statement. Stansfield chose to include her extensive programming experience in her CV from a class that meteorology majors are required to take as a sophomore, “Computational Methods for Meteorology,” co-taught by professors Steven Decker and Enrique Curchitser.

The class, which exposes students to the programming language Python, solidified Stansfield’s interest in graduate school, which she was unsure of prior to the course. Stansfield prefers field work, but most of graduate school for those pursuing atmospheric science degrees is computer-oriented.

Meteorologists attempt to predict the unpredictable. Proficiency in programming and interpreting output from computer models helps a great deal when making weather predictions. But, meteorologists must still interpret raw observational data so it is best not to rely on computers because they still make mistakes, explained Stansfield.

Stansfield thoroughly enjoyed her Rutgers curriculum. Aside from specialized meteorology courses, the meteorology major requires calculus 1-4 as well as physics and chemistry.

Stansfield is taking her most work-intensive course, “Synoptic Meteorology,” as a senior. The course requires students to perform daily forecasts for assigned cities in two-week intervals. So far, Stansfield and her classmates have forecasted for Key West, Florida; Harrisburg, Pennsylvania; Grand Island, Nebraska; Reno, Nevada. 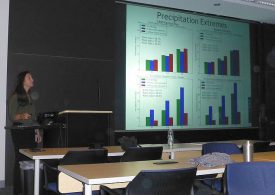 Any student interested in becoming a weather forecaster on television has the benefit of being a part of the Weather Watchers living-learning community at Rutgers. “The program gives great broadcasting experience,” said Stansfield. Students follow the same curriculum whether they focus on forecasting or research. While at NCAR in Colorado, Stansfield said she spoke about Weather Watchers to her colleagues and found out that some schools do not offer a similar program.

“Rutgers gives a solid background no matter what. It keeps the human element and prepares students for a variety of careers,” said Stansfield, “It can even prepare students to enter the field of business. They may work for or start a company that sells meteorology related tools.”

Stansfield believes studying meteorology is rewarding because weather affects everyday life. She grew up in Manasquan, NJ, watching summer thunderstorms as a child. The booming notes of thunder often scared her, but the lightning captivated her. She took a tremendous interest in the science as a senior in high school after witnessing Hurricanes Sandy and Irene sweep across New Jersey. Since then, Stansfield knew what she wanted to study at Rutgers. Her passion for understanding the Earth’s climate system and how it will change in the future continues as she closes her final chapter at Rutgers School of Environmental and Biological Sciences and looks toward graduate school.