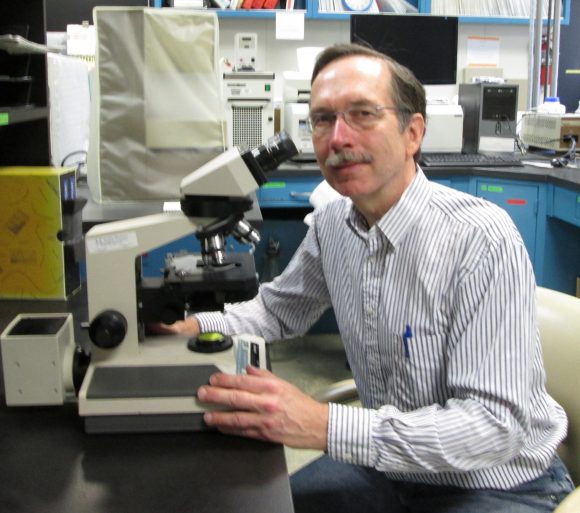 Thomas Montville, distinguished professor emeritus in the Department of Food Science, is the recipient of the 2016 President’s Lifetime Achievement Award from the International Association for Food Protection. He is best known for his pioneering mechanistic work on the antimicrobial peptides (bacteriocins) of lactic acid bacteria and their applications to the safety of food systems.

In recognition of this body of work, he was also awarded the Institute of Food Technologist’s Bernard L. Oser Award for Food Ingredient Safety.

Tom has spent more than half of his life on the Cook/Douglass campus, first as an undergraduate (CC’75) and then as a faculty member. After graduating from Rutgers, he earned his doctoral degree from M.I.T. after which he served as a senior research microbiologist at the USDA. In 1984, Tom returned to Rutgers where he served as director of the graduate program and chair of the Department of Food Science.

Over the course of a distinguished career at Rutgers, Tom taught or co-taught Perspectives in Agriculture and the Environment; Food Science Fundamentals II (food biology); Principes of Food Science; Advanced Food Science; Seminar in Food Science; Introduction to Food Science, the Major and the Discipline; Food and Fermentation Biotechnology; Food and Colloquium in Food Safety: Fad, Facts, and Politics.

Tom served as an undergraduate advisor, introducing thousands of students to the field in his most memorable course, The Science of Food. In ratemyprofessors.com, students noted that he was a “funny guy,” but gave exams which required critical thinking “way more than you should have to.” He’s mentored 37 graduate students with whom he’s authored 120 highly-cited, peer-reviewed papers.

He has published 16 chapters and nine books, most notably —with colleague and professor Karl Matthews, chair of the Department of Food Science—the undergraduate textbook,  Food Microbiology: An Introduction, which has been translated into Spanish, Chinese and Korean. He is a Fellow of the American Academy of Microbiology and a Fellow of the Institute of Food Technologist.

Tom has three children and two grandchildren, and is an endurance athlete who completed the New York City Marathon and cycled across the United States.