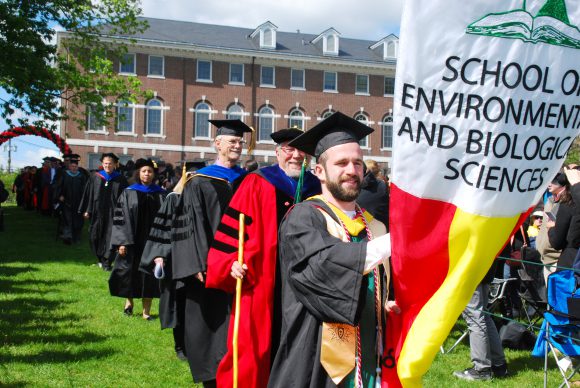 On May 16, the School of Environmental and Biological Sciences’ Class of 2016 was awarded degrees and basked in the collective pride of faculty and staff of the Cook Campus at the Convocation held at the iconic Passion Puddle. On a sunny, but windy day, the students were joined by an enormous crowd of family and friends to celebrate this special annual occasion, made all the more special this year as Rutgers celebrates a historic 250th anniversary.

Dean of Academic Programs Rick Ludescher served as the Master of Ceremonies while Executive Dean Bob Goodman addressed the Class of 2016, which numbered over 730 graduates.